Fire destroys three houses on South Wickens Street in Bloomington, no one injured 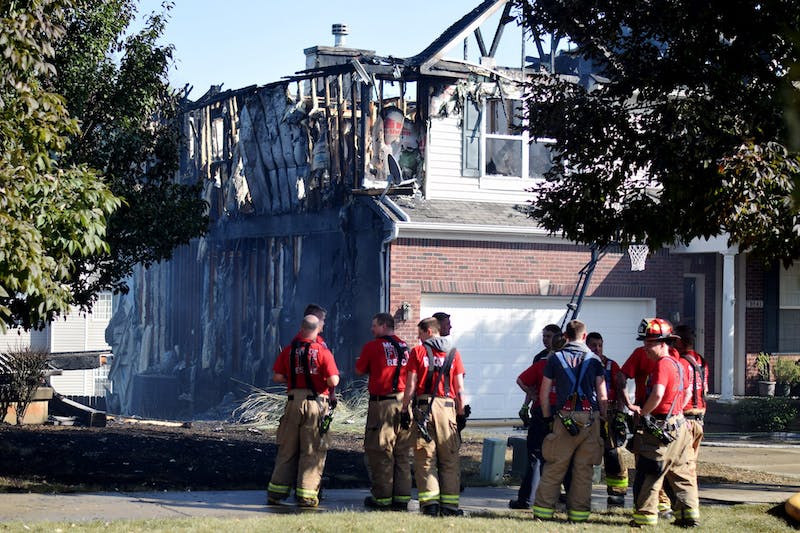 Fire trucks lined South Wickens Street on Monday, outside of where several homes once stood. Now, all that remains is ash, rubble and the smell of smoke lingering in the air.

Monroe Fire Protection District responded to a call at 1:07 p.m. about multiple houses on fire in the Highlands neighborhood off Rockport Road. Three houses caught fire, and two others had some damage.

Jason Allen, Monroe Fire Protection District public information officer, said the fire started at 3533 S. Wickens St. and spread to the two houses on each side. He said the heat then spread from those houses to two more houses, causing siding damage.

Allen said there were no reported injuries to citizens or