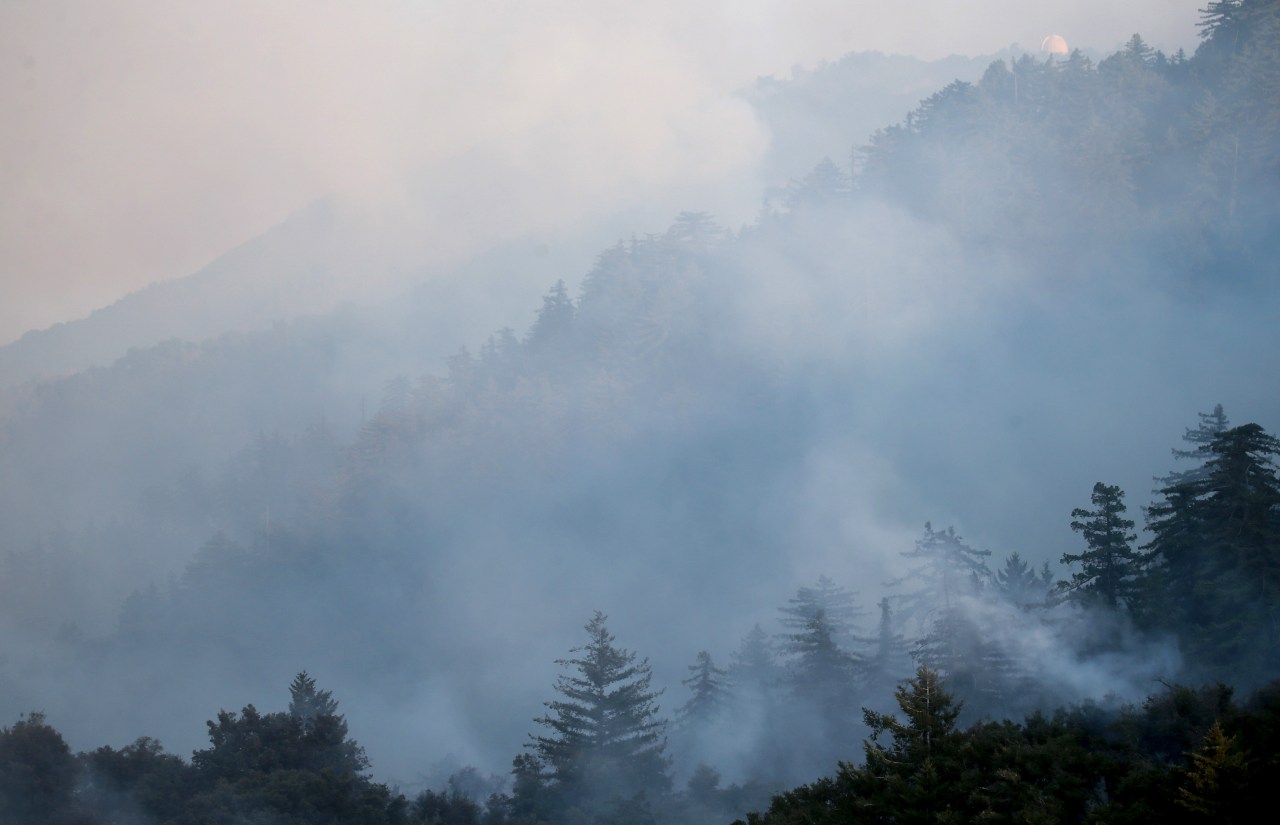 The Bobcat Fire has damaged or destroyed at least 115 homes and dozens other structures as it continues to burn through the Angeles National Forest after igniting nearly a month ago, officials said Saturday.

Firefighters have largely gained the upper hand on the blaze, which had burned 114,963 acres, or 179.6 square miles, and was 84% contained as of Saturday morning — up from 75% two days ago.

Aided by strong winds and insufficient firefighting resources, the Bobcat Fire advanced on the Antelope Valley foothills in mid-September, ripping a path of destruction along the way.

Completely destroyed are 87 homes and 83 other buildings. The fire has also damaged 28 more homes and another 19 structures. Many of the homes destroyed were in the Juniper Hills area.

“The number of damaged and destroyed buildings may rise as damage assessment teams continue to gather accurate data from properties spanning over 114,900+

‘We won’t watch our neighborhood burn’: Neighbor refused to evacuate Glass Fire to help save homes in Napa County

ANGWIN, Calif. (KGO) — The small town of Angwin in Napa County was evacuated Tuesday afternoon after fear the Glass Fire may move into the small community home to 3,800 people.

Unlike most people, Dave Babcock stayed behind.

“I’ve been going around here cleaning out the gutters on this side of the street… often when you see houses go up… it’s because of the gutters,” he said.

RELATED: Track wildfires across Bay Area, other parts of CA with this interactive map

Babcock considers himself an ordinary guy, but to his neighbors he’s a hero.

“I was up most of the night watering down the houses and watching where it was going,” he said.

Babcock and his neighbor have been taking turns staying up to keep an eye on six homes along their street.

“We won’t watch our neighborhood burn.” 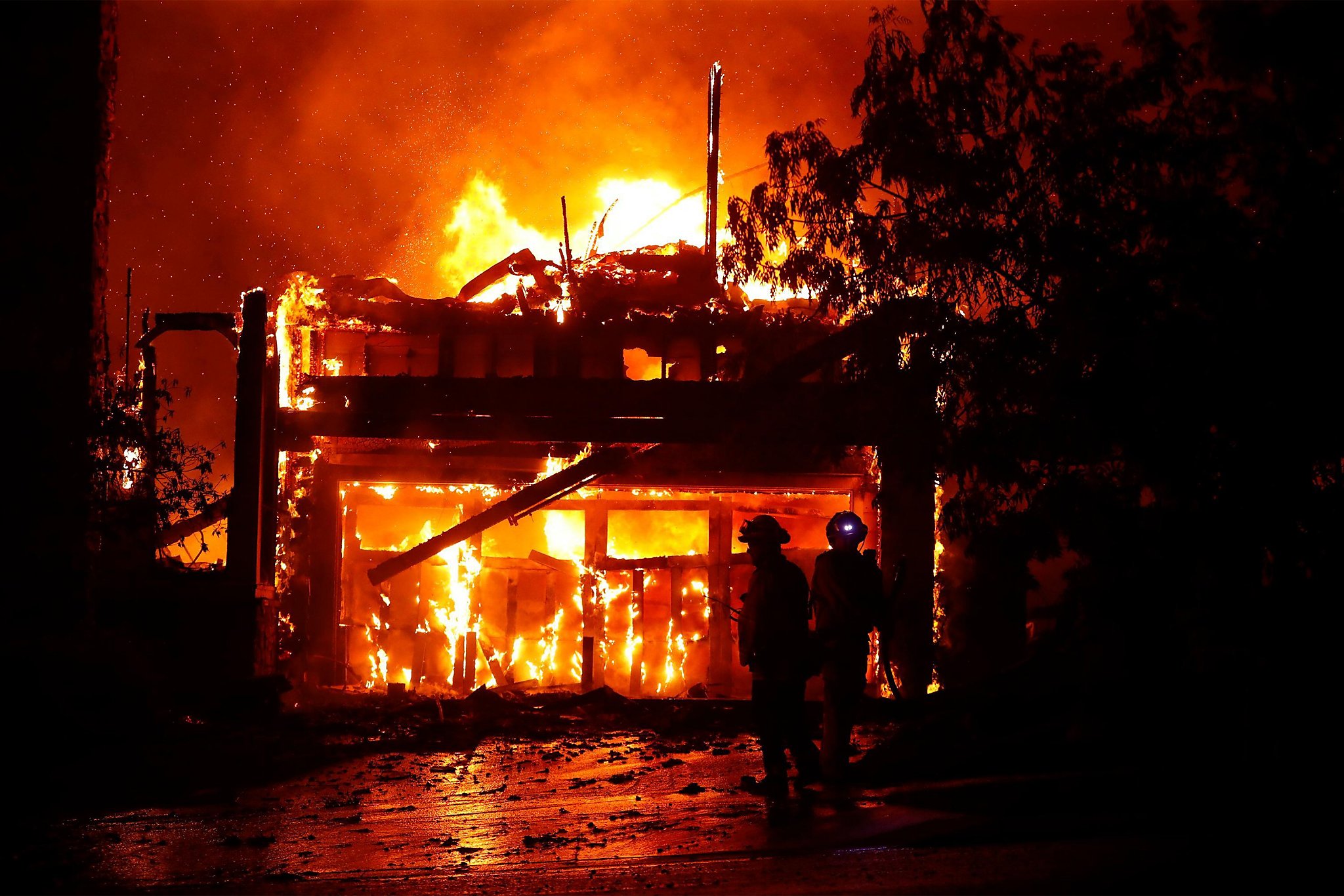 For the latest version of our fire coverage click here.

The Wine Country awoke in flames Monday as windblown wildfires closed in on the Napa Valley from the east and west and swept into Santa Rosa, forcing thousands of North Bay residents to flee their homes in an ominous flashback to the catastrophic infernos three years ago.

The Shady and Glass fires, which erupted Sunday morning and spread quickly through extremely dry grasslands, were simultaneously threatening parts of Sonoma and Napa counties. The winds also whipped up the massive North Complex Fire, threatening the Butte County town of Paradise and several other northern Sierra Nevada foothill communities devastated by the deadly Camp Fire in 2018. 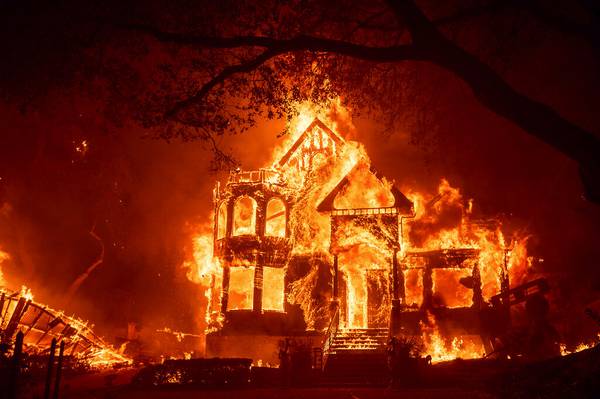 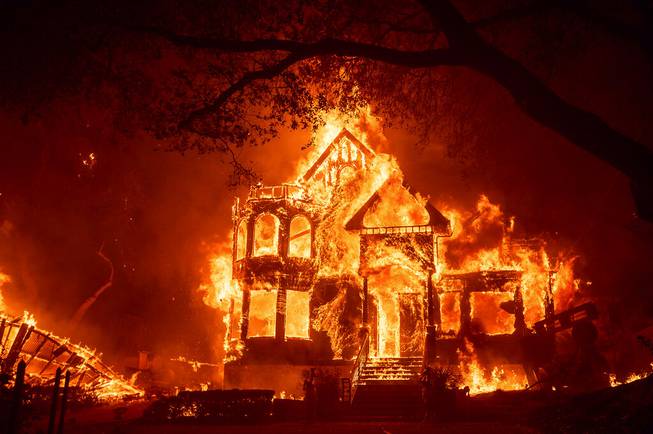 Residents of the Oakmont Gardens senior living facility in Santa Rosa boarded brightly lit city buses in the darkness overnight, some wearing bathrobes and using walkers. They wore masks to protect against the coronavirus as orange flames marked the dark sky. Multiple blazes were burning out of control in Northern California on Monday, killing three people, destroying an untold number of homes and prompting thousands to evacuate in a state already battered by wildfires in recent months.

Magrini did not provide additional details about the victims, saying that their next of kin still need to be notified. But he pleaded with residents to heed evacuation orders.

“This is fast-moving,” he said. “When you hear that order, evacuate immediately.”

According to the California Department of Fire and Forest Protection, or Cal Fire, the blaze, which ignited