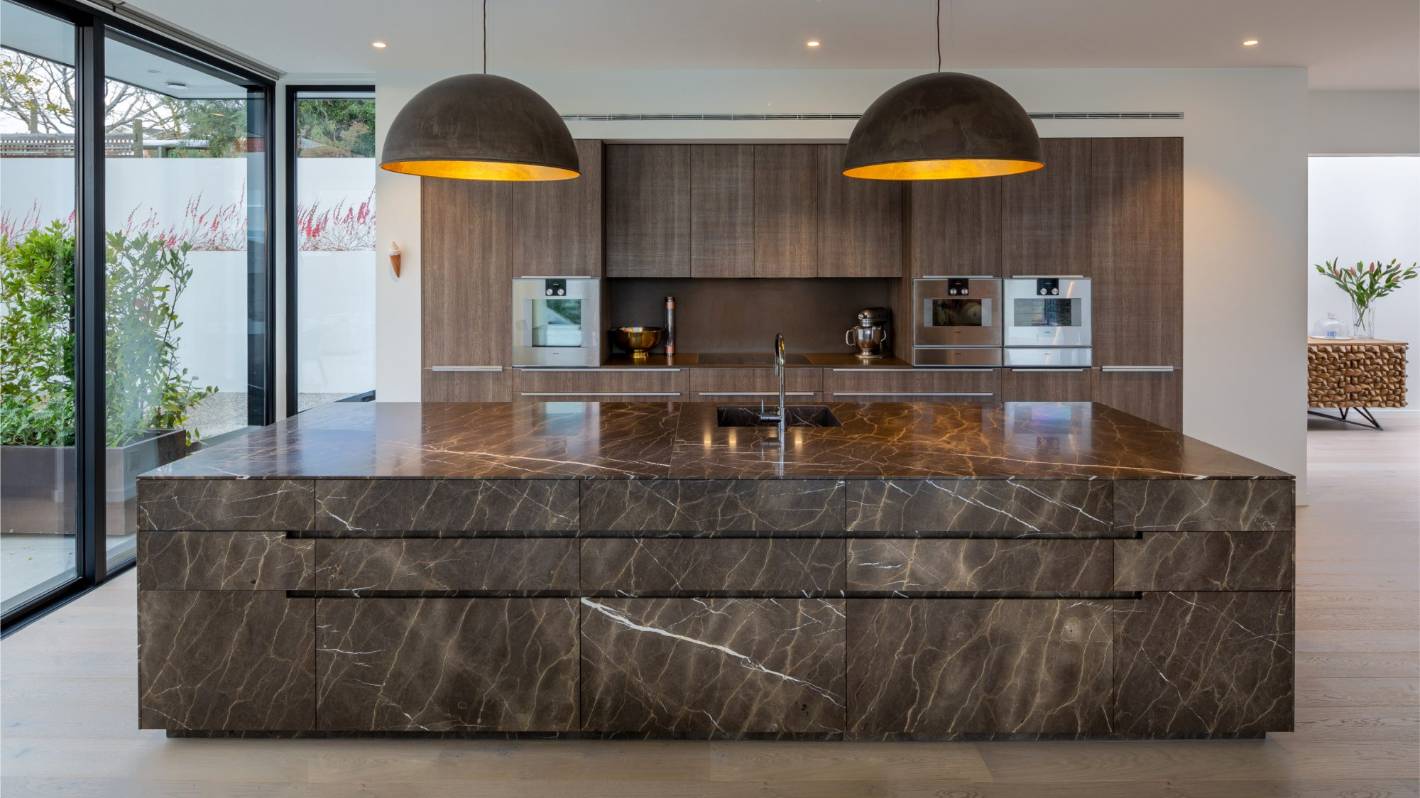 Designed to look like a massive block of stone, the “CafÃ© au lait” kitchen by Milvia Hannah is the centrepiece of the family living area in a new home in Canterbury.

A large stone island forms the striking centrepiece of this kitchen in a Canterbury home – it’s coffee-coloured veining giving rise to the name of the project.

The kitchen, which won a regional award in this year’s national NKBA Kitchen & Bathroom Awards, has also been shortlisted for the prestigious SBID International Design Excellence Awards in London – the winners will be announced later this month.

It caught the NKBA judges’ attention for both its looks and craftsmanship: “The manufacturing of the