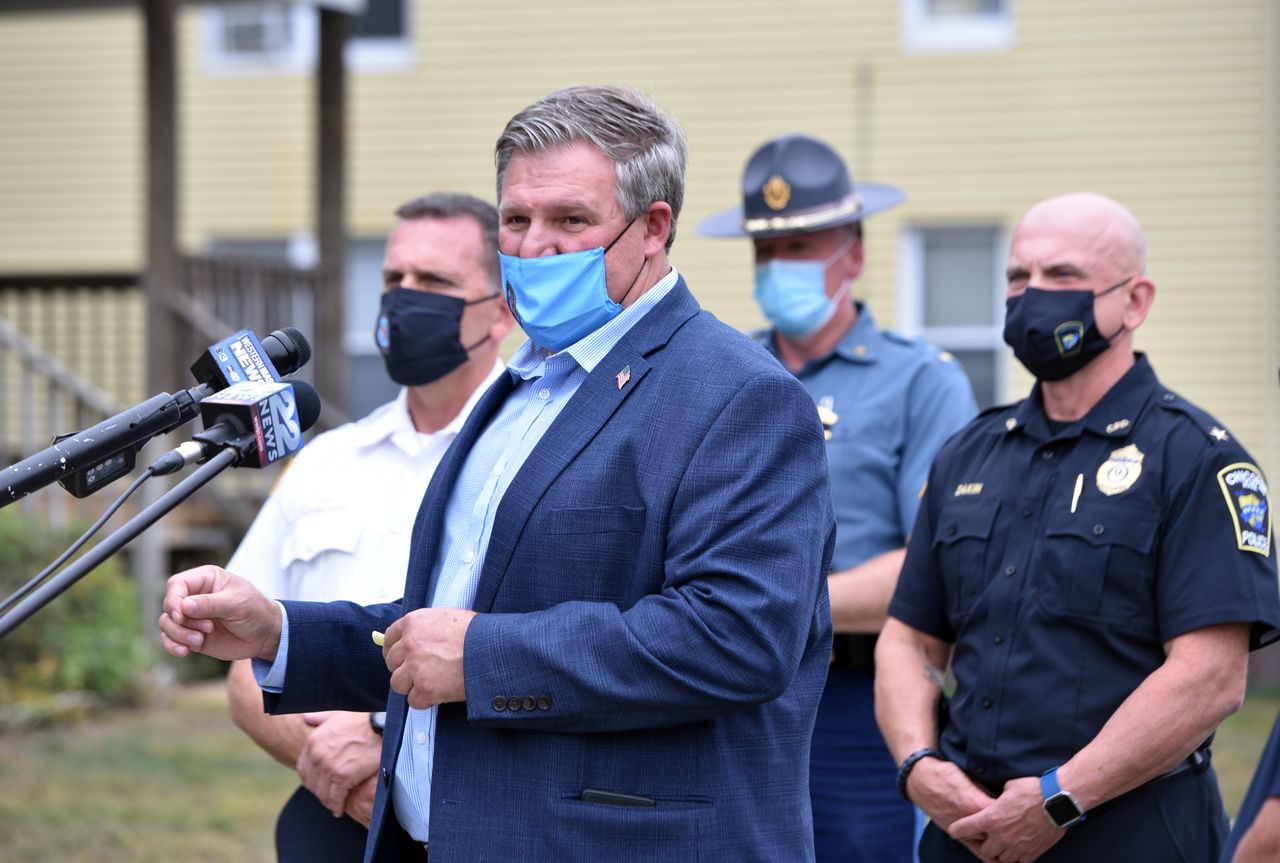 CHICOPEE — Residents of about a dozen properties surrounding a home on Summer Street were evacuated Thursday after a swarm of emergency personnel descended a home where unspecified, potentially explosive material was discovered.

Chicopee fire and police officials made the discovery after extinguishing a small fire early Wednesday evening.

During a press briefing on Broadway Street this afternoon, Mayor John Vieau said residents of the densely populated neighborhood behind the School Department had been cleared out as local, state police and fire officials mapped out a plan to secure “energetic material” that had been improperly disposed.

The material in question, which officials refused to identify, was discovered in a yard, Vieau said.

Vieau had little more to offer about three hours after the first press briefing, but emphasized the first priority of the team of emergency responders is to ensure the safety of the neighborhood and its residents.

“We’re taking every precaution possible to make sure we protect the immediate neighborhood and the residents of Chicopee. There is no imminent danger to the rest of the city,” Vieau said.

A spokeswoman for the Chicopee Fire Department said previously the plan was to contain the material through a “controlled burn,” but no additional details or timeline was provided beyond that.

“We’re hopeful it’ll be tonight,” Vieau said, adding that some of the displaced residents are temporarily sheltering at the city’s senior center and a library.

Earlier in the day, state police troopers wearing helmets appeared to focus on a multifamily home at 24 Summer St. while members of the fire department stood by with hoses. Vieau declined to cite the address during his briefing, however.

He also declined to answer whether anyone could face criminal charges in connection with improper disposal of the materials.

“Our main priority right now is to keep people out of harm’s way and do what’s best for the community,” he said.

There will be an additional update at 7 p.m., the mayor said.