Good morning, Bay Area. It’s Wednesday, Sept. 30, and San Francisco is at a new coronavirus reopening milestone. Here’s what you need to know to start your day.

The Glass Fire grew to more than 46,000 acres on Tuesday, and more than 80,000 people in Napa and Sonoma counties were under evacuation orders from the fire. Eighty homes have been destroyed and numerous wineries and restaurants have either been reduced to rubble or seriously damaged by the fire.

As the fire continues to burn, some Wine Country restaurateurs are losing hope that 2020 will bring with it an eventual return to normalcy, Justin Phillips reports.

But among those promising to rebuild is the famed Restaurant at Meadowood, which was left completely gutted by the fire.

Executive chef Christopher Kostow says he hasn’t had the chance to think about whether he will return to a rebuilt Meadowood, where he has spent most of his time for the past 12-odd years.

“It’s weird that it’s all gone. It’s all rendered futile,” said Kostow. “There’s so much of myself that went into that place and so much of so many people that I think it deserves a moment.”

For now, Kostow said he is most concerned about his staff.

“A restaurant is just a collection of people,” he said. “We were a good restaurant because of these people, and I don’t want to lose that.”

• How to help Bay Area wildfire survivors and firefighting crews.

• Reminders of the past: 2020’s fire damage to Napa wineries already far exceeds 2017, and it may not be done.

• From Soleil Ho: The Restaurant at Meadowood’s burning is a blow to Wine Country — and the food world at large.

• Despite rumors, these wineries have not been damaged in the Glass Fire.

California burning: How we got here 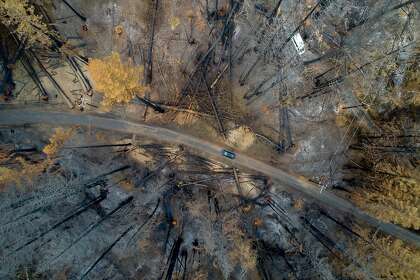 The toll of California wildfires in recent years has been worse than at any other point in the state’s recorded history. With alarming intensity, wildfires have killed scores of people and razed neighborhoods from the forested enclaves of the northern Sierra Nevada to Wine Country to the suburbs of Southern California.

It hasn’t always been this bad.

Reporters Abhinanda Bhattacharyya and J.D. Morris take you through a visual look at how we got here.

• The St. Helena hospital that evacuated twice in five weeks due to California wildfires.

• Glass Fire is latest blaze to explode at night. Does time of day affect how fast a fire spreads? 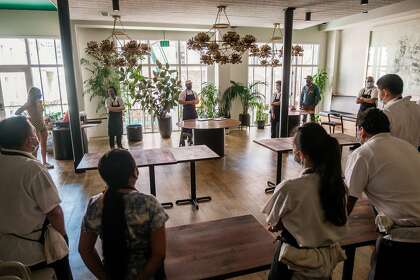 Eating indoors at restaurants will be allowed in San Francisco once again on Wednesday after a six-month-plus hiatus — an enormous move that could give the city’s economy a shot in the arm, but also raises new risks as Bay Area counties balance keeping the coronavirus pandemic in check with providing small businesses some relief from shelter-in-place restrictions.

The decision follows the county’s move into the state’s orange tier of reopening — indicating a “moderate” spread of the virus. The city will now be able to permit restaurants to operate at 25% capacity or with 100 people — whichever is fewer. San Francisco will also allow 25% capacity at places of worship, among several other changes. Read more from reporter Rusty Simmons.

Previously: Indoor dining might resume by month’s end in S.F. Will it be enough to save struggling restaurants?

At play: State allows playgrounds to reopen — with lots of new rules.

• 3 debate takeaways: A “debacle” of a debate where the president declines to condemn white supremacy — again. More from Election 2020: Kamala Harris sends message with choices of stops on an abbreviated campaign trail.

• On the governor’s desk: Newsom signs bills designed to add more people of color to California juries and allowing public transit agencies to skip long environmental reviews for the next two years. 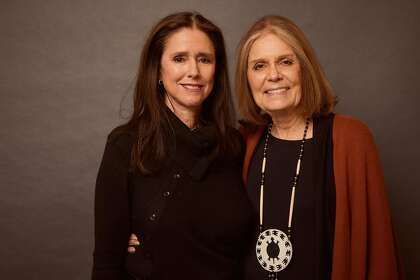 When Julie Taymor finished reading Gloria Steinem’s 2015 memoir, “My Life on the Road,” she felt energized about making a biopic about America’s most famous feminist. However, the visionary director of the musical theater sensation “The Lion King” and the vibrant films “Frida” and “Across the Universe” said she feared that such an extraordinary, peripatetic life as Steinem’s might be untranslatable to the screen.

How did she solve it? “It took four Glorias and a bus out of time,” Taymor tells Jessica Zack. Read more.

• California Academy of Sciences to reopen to public in October and S.F. announces temporary permit program for outdoor music and entertainment.

Bay Briefing is written by Taylor Kate Brown and sent to readers’ email inboxes on weekday mornings. Sign up for the newsletter here, and contact Brown at [email protected]