Fire trucks lined South Wickens Street on Monday, outside of where several homes once stood. Now, all that remains is ash, rubble and the smell of smoke lingering in the air.

Monroe Fire Protection District responded to a call at 1:07 p.m. about multiple houses on fire in the Highlands neighborhood off Rockport Road. Three houses caught fire, and two others had some damage.

Jason Allen, Monroe Fire Protection District public information officer, said the fire started at 3533 S. Wickens St. and spread to the two houses on each side. He said the heat then spread from those houses to two more houses, causing siding damage.

Allen said there were no reported injuries to citizens or firefighters.

The houses, however, were substantially damaged. The house where the fire started fell to the ground because there was nothing structurally left to hold it up. All that is left standing is the garage door, which sits in front of a massive pile of burnt wood and the remnants of someone’s life.

The two neighboring houses both had severe damage, which Allen said were around 80% destroyed. The siding on the next two houses was melted, but they were structurally stable.

“This is a significant fire,” Allen said. “A lot of times with normal house fires, it’s usually just one house that’s affected or involved.”

Allen said they had more than 25 people on the scene helping fight the fire. He said they do not know what caused the fire yet, but investigators interviewed homeowners and observed the scene.

At first she thought it was a brush fire, but then she saw the flames on the side of the house near the meters and air conditioning unit.

She said she darted back to her house to drop off the dogs and when she returned, the owner of the house came out into the driveway.

“I said, ‘Your house is on fire,’” Chestnut said. “And she turned around and she freaked, of course, like anyone would.”

Chestnut was still in her pajamas and did not have her phone with her, so she jumped out in front of a teenage girl driving a car and got her to stop and call 911.

She said she then got a man to help her go up to the neighboring houses and get the people out and across the street. After pounding on the door, Chestnut got an elderly couple and their three dogs out of their house.

On the other side, she said they evacuated a family with five children who were all learning from home due to the COVID-19 pandemic.

Akash Shah, who lives across the street from the house where the fire started, said he was working from home with his wife when she noticed the fire.

“The house across the street was lit up on the side and the smoke was coming out,” Shah said.

He said he feels sorry for his neighbors who lost their houses and offered help to any of them who need it because they are a tight-knit community.

“I can’t imagine losing your house,” Shah said. “What do you do?”

He said firefighters arrived at the scene quickly, but it took them a while to put out the fire because of how large it was and how quickly it spread.

“It’s just crazy. This whole year is crazy,” Shah said. “We thought it couldn’t get any worse.”

Shah and Chestnut both said they think it was caused by something with the electric circuit.

“There’s no gas line here in this neighborhood,” Shah said. “The only logical explanation to me would be something to do with electric.”

Although the fire destroyed several houses, both Shah and Chestnut said they are thankful no one was hurt.

“It’s not a good day because people lost a huge part of their lives,” Chestnut said. “But when you put it in perspective, that we didn’t lose any lives with the amount of destruction and damage that you have here, I call that a good day.” 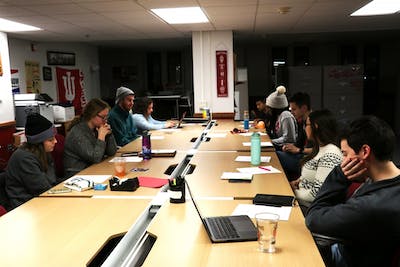 There are 62 seats up for grabs. 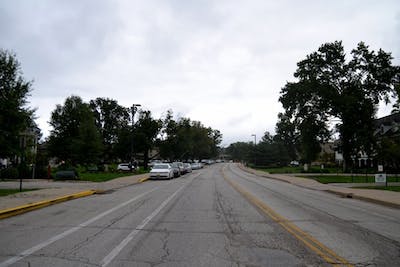 IU is down to 17 houses on quarantine from a top total of 33. 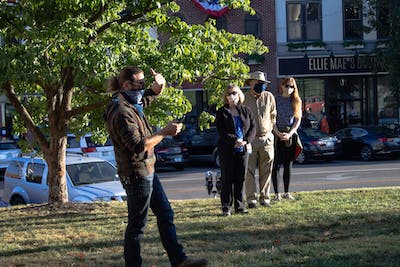