A high-profile Hawaii-based defense contractor has been arrested on charges of swindling $12.8 million in funds intended to prop up small businesses during COVID-19.

Martin Kao, 47, a generous political donor, was arrested on Wednesday and charged with bank fraud and money laundering, accused of siphoning off $2 million of the fraudulent loan into his own personal bank account.

The Department of Justice accused Kao of falsifying loan applications so that he could receive more money than he was entitled to under the Paycheck Protection Program (PPP), which was created by Congress as part of the $2 trillion CARES Act meant to stave off financial ruin for individuals and small businesses during the pandemic.

They claim he falsely inflated the number of employees on the loan application, and falsely certified that the applicant and its affiliates would not receive, and had not received, another PPP loan.

He was charged with two counts of bank fraud and five counts of money laundering.

Kao will make his initial appearance in court in Honolulu on Thursday, before U.S. District Court Judge Kenneth J. Mansfield. 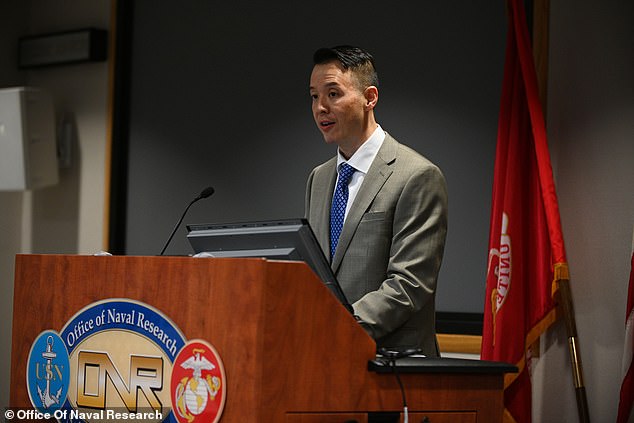 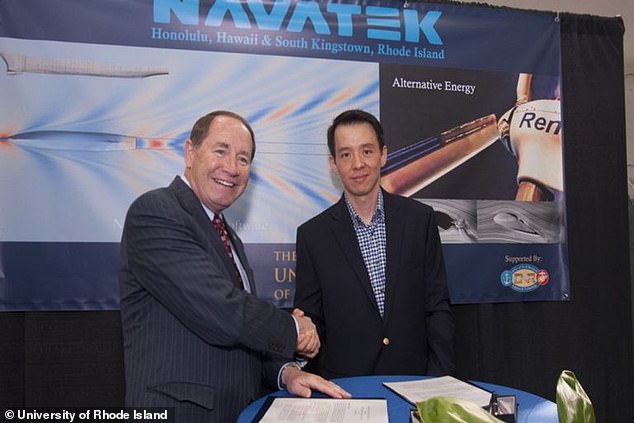 Kao (right) is the CEO of Navatek, which specializes in contracts for the Department of Defense and Nasa, among others

Kao in 2017 was appointed CEO of Navatek, a defense company with contracts for the Defense Department and Nasa.

Five days before his arrest Kao announced that the company was being renamed Martin Defense Group, after him.

‘While I respect and value Navatek’s history, our re-branding as Martin Defense Group allows us to turn toward the future, and the opportunities we see to make a positive difference,’ said Kao in the September 25 press release.

‘Most importantly, it better reflects the Company’s mission to support our customers and ultimately the warfighters in harm’s way.’

He said the company was focused on innovation and using ’emerging technologies’ to ‘transition them to game changing capabilities that outpace our adversaries and make our nation safer.’

Navatek has had a bumper year despite the pandemic: since April the company has increased its employee total by over 60 per cent and expanded its presence with offices in five new states – Michigan, South Carolina, Maine, Oklahoma, and Kansas.

Over the summer, the company was awarded several new contracts in partnership with major research universities. 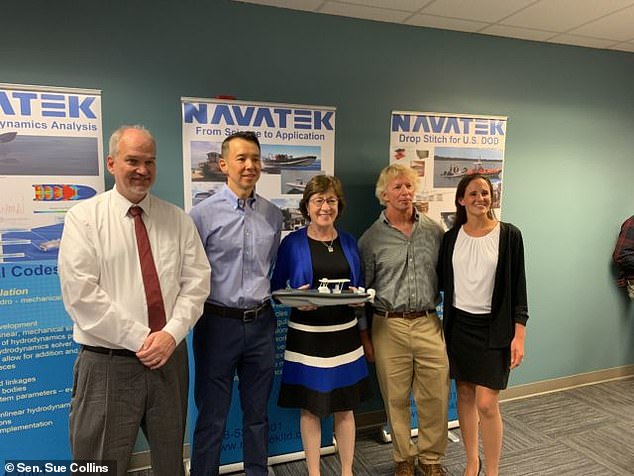 In August, a further $14 million in contracts were secured with the Universities of South Carolina and Michigan.

The $5m Maine contract was celebrated in the presence of Susan Collins, the Republican senator who is up for re-election in November, in a vital, hard-fought race.

‘Maine is home to the best shipbuilders in the world, and our state has long had an integral role in our national security,’ she said on August 7.

‘As a senior member of the Defense Appropriations Subcommittee, I strongly advocated for the funding that made this research possible and am so proud of the work Navatek and other Maine industries do to support our Navy and our nation’s defense.’

Campaign finance reports obtained by the Honolulu Civil Beat showed that Kao had recently become a major donor to Collins’ campaign, maxing out his contributions to the Republican senator as she seeks re-election.

The paper also claimed that Kao was perhaps connected to a mysterious $150,000 campaign donation made to a super PAC backing Collins.

The donation was made in the name of the Society of Young Women Scientist and Engineers LLC, which was created in Hawaii on November 26.

The only name associated with the organization is Jennifer Lam, which Hawaii business records lists as the company’s registered agent and manager.

Federal Election Commission (FEC) records show Kao also donated $5,600 to Collins between 2018 and 2019, which is the maximum allowable under federal rules.

Additionally, a number of Navatek employees and their relatives also donated the maximum allowed to Collins’ campaign, adding tens of thousands of dollars to her bid to stay in office.

Many of the donations came on the same day, August 18, the paper reported.

The donations were given less than two weeks after Collins visited Navatek’s offices in Portland to celebrate its contract.

Three people with variants of the name Christopher Lam donated to Collins’ campaign on that day, as did three people connected to Marty and Mickey Kao Foundation – Kao’s educational charity.

The Campaign Legal Center in Washington DC filed a complaint with the Federal Election Commission against the company, having noticed the large donation from Hawaii – a state which does not traditionally pay much attention to the Maine election.

Hawaii donors gave only $10,800 over the last 14 years, when you remove donations from Kao, his family and Navatek employees.

The Campaign Legal Center believe that the Society was set up as ‘a dark money front,’ the local paper reported, ‘to mask the true identity of the donor to the pro-Collins super PAC.’

Kao has not commented on the Campaign Legal Center’s complaint.

Martin Defense Group has not responded to DailyMail.com’s request for comment.