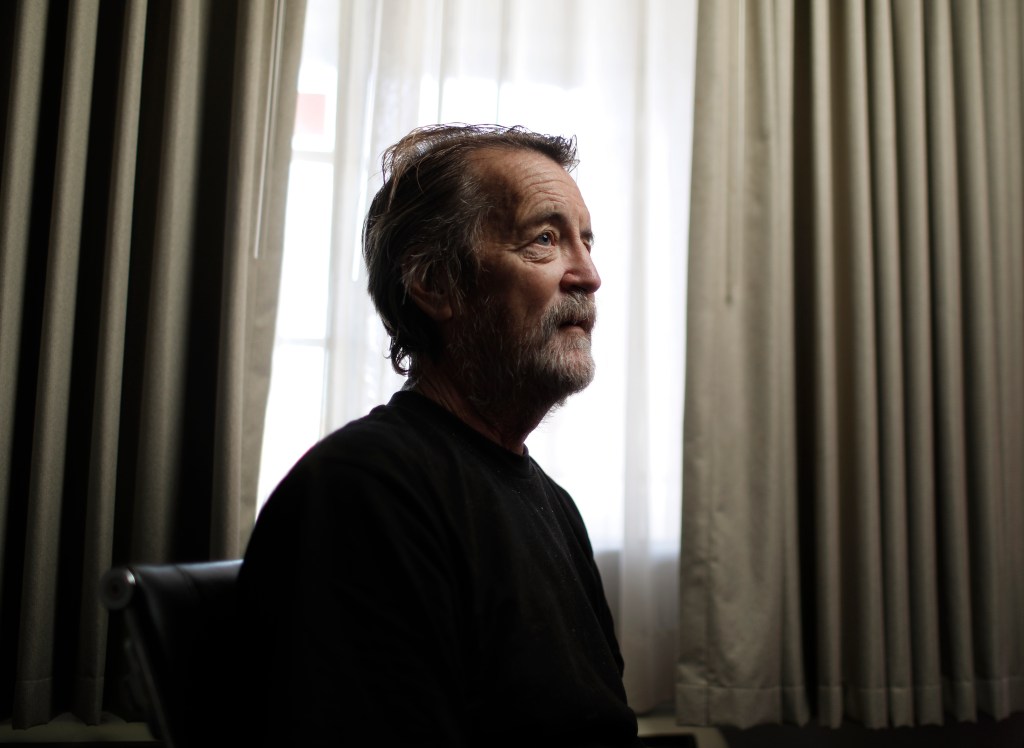 He got off the streets and into a motel. But it was too late

After being homeless for years, Terry Hammer was ecstatic when outreach workers offered him a motel room in Milpitas.

The 65-year-old handyman had a bed, a shower and three meals a day. But that wasn’t enough to save him. Hammer died Aug. 16, just four months after finally moving indoors.

Hammer was part of Santa Clara County’s Project Roomkey — a statewide effort to move vulnerable unhoused residents into hotel and motel rooms to protect them from COVID-19. The coroner’s office has yet to release Hammer’s cause of death, but county officials say there’s no indication it was COVID-related. Instead, Hammer’s story is evidence of a different problem with the homeless services system: For many people, by the time they’re given shelter or housing, it’s too late.

“The truth is that we do see this a lot,” said Dr. Margot Kushel, director of the UCSF Center for Vulnerable Populations, who specializes in homeless health care. “In some ways, thank goodness they’re not dying on the street. But in other ways, it always makes me imagine how would this have looked different if this housing could have come five or 10 years ago?”

Because housing programs don’t have the capacity to help everyone, outreach workers in Santa Clara County and throughout the Bay Area prioritize people who have been homeless for many years, are elderly or are very sick, Kushel said. Project Roomkey is the same — it’s geared toward residents who are over 65 or have serious health conditions, and therefore are more susceptible to COVID-19.

And unhoused people generally have the health conditions of someone 20 years older, Kushel said. Living on the streets is extremely hard on the body — people are under constant stress, their diets may not be healthy, and they’re more likely to drink, use drugs and smoke.

At Abode Services, which provides permanent supportive housing for homeless residents in the Bay Area, there have been “quite a few” people who finally get an apartment, only to die a week or two later, said CEO Louis Chicoine.

Over the past year, 42 people in Abode’s supportive housing programs in Santa Clara and Alameda counties have died, according to Chicoine. He estimates those programs serve a total of about 3,000 people a year. Most of the deaths are attributable to long-term conditions, not specific events like overdose or suicide, he said.

It’s a phenomenon Abode staff members talk about frequently, even though there hasn’t been enough research done to know for sure why it occurs, Chicoine said.

One theory is that after fighting for years just to survive on the street, once people move inside, they let go, Chicoine said.

“Staff are pretty convinced that some of those people just relax,” he said. “It’s not a giving up, but it’s an ‘I can go now.’”

Deaths have become so prevalent that Abode now provides grief counseling for staff who lose clients.

In the few months it has been running, the Project Roomkey program has seen multiple deaths as well.

Alameda County has lost two Roomkey residents due to non-COVID-related conditions — out of more than 1,500 people served by the program.

In San Francisco, 20 of the more than 4,400 people housed in hotels, shelters and other emergency pandemic programs have died.

And in Santa Clara County, two Project Roomkey participants have died — Hammer and another resident whose death at a San Jose hotel in June was not COVID-related.

Hammer grew up with four brothers and sisters outside Chicago, where he raced go-karts as a teenager and then graduated to jet skis and boats as a young adult.

“He was a sweetheart,” said his brother, 63-year-old Tom Hammer, of Campbell. “Everybody liked him.”

But Terry had demons, according to his brother. He was an alcoholic for at least 25 years, and went in and out of seven rehab programs, Tom Hammer said. After leaving a rehab facility in Minnesota several years ago, Terry came to live with his brother in Campbell and work at his drywall contracting business. But that fell apart after about six months because Terry couldn’t stay sober,  Tom Hammer said. Terry went from his brother’s house to living in St. James Park in downtown San Jose.

And that’s where he stayed until he moved into the Milpitas motel.

Just a few days before he died, Terry Hammer was feeling optimistic, said Teresa Taylor, a good friend who talked to him almost every day by phone. An outreach worker at the motel had approached him and promised to work on finding him a place to stay long term.

“He was about to get housing, permanent housing,” said Taylor, who lives in the Chicago suburbs. “That would have made him feel so much better — like hope.”

Unlike permanent housing, Project Roomkey motels are an emergency response to the pandemic, designed to get people off the street as quickly as possible. They generally don’t come with the same extensive counseling, addiction treatment and case management services found in more long-term programs, said Chicoine, whose organization runs several Project Roomkey hotels — though not the one where Terry Hammer stayed.

“We’re really focused on the primary objective, which is to keep people safe,” he said, “and we’re not really getting to the secondary conditions quickly.”

As far as Tom Hammer is concerned, one of those secondary conditions — alcoholism — killed his brother.

“The only thing that that room did for my brother is give him a warm, dry place to drink,” he said. “If you’re going to offer help, you have to offer some sort of recovery with that help.”