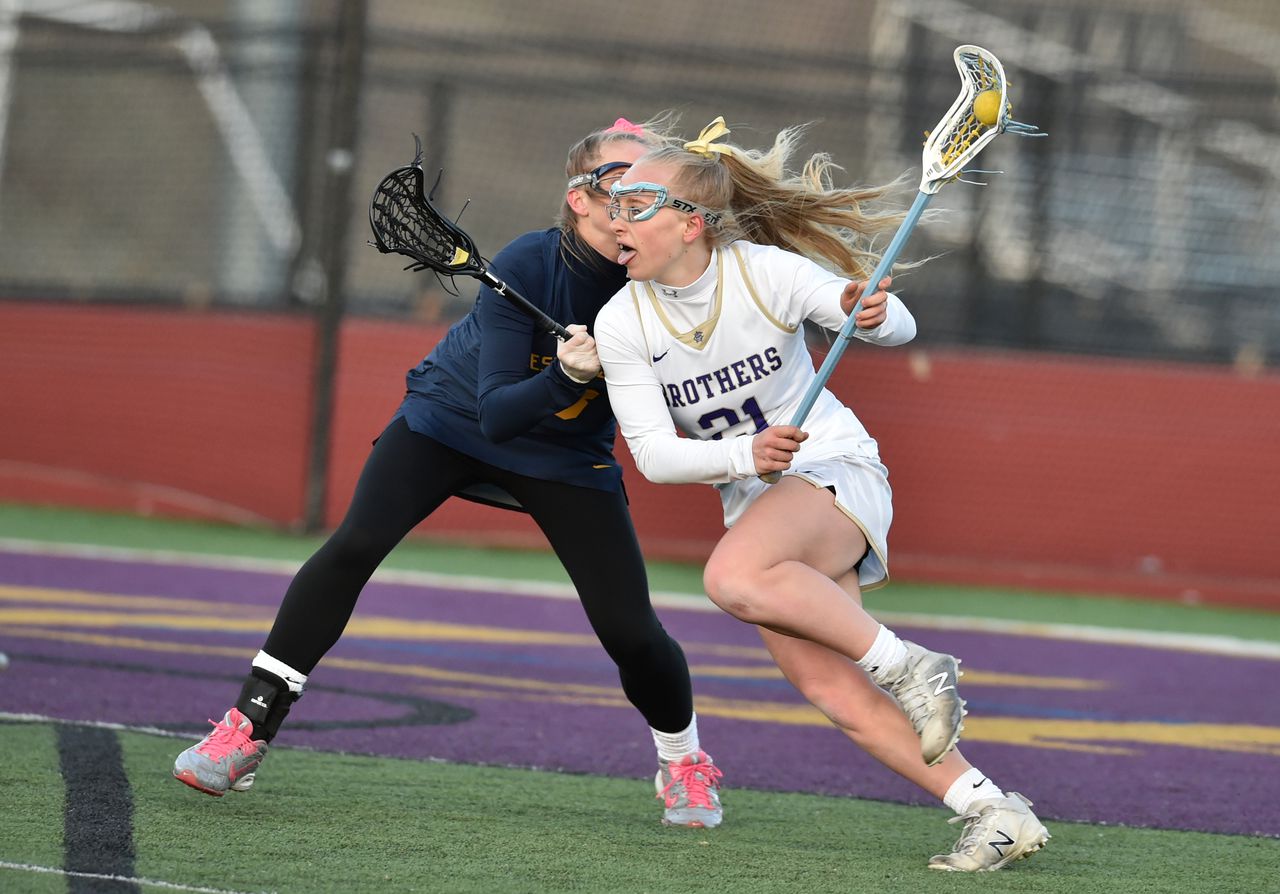 Syracuse, N.Y. — As imposing as the hurdles put up by the coronavirus have been for high school athletes the past few months, the career momentum crafted by Gracie Britton and Fran Tortora has been powerful enough to plow right through them.

Britton and Tortora, both attackmen, are two of the best young girls lacrosse players in Section III. They established themselves as Division I college prospects during their freshman high school seasons, Britton at CBA and Tortora at Cicero-North Syracuse.

Both were counting on the most important resume-building showcases of their high school careers to burnish their credentials during sophomore seasons and subsequent summers. That would lead them to the doorstep of their current junior seasons, when college coaches would be allowed to initiate direct contact with them for the first time.

Then the coronavirus hit, wiping away the spring scholastic season and summer ball. There would be no new chance to create updated highlight tapes for colleges coaches. Both Britton and Tortora had the talent to play at that level but now their drive and ingenuity would be the biggest determinants of which direction they took.

The showdown of the two players vs. a little adversity was a mismatch. Both earned and immediately accepted offers from two of the best programs in the country, Britton at Syracuse and Tortora at Stony Brook.

Here’s how that unfolded.

The college runner-up: Albany. Her sister, Sam, played there but Fran said she wanted to make her own path. She was also wowed when Stony Brook coach Joe Spallina, who stocks his roster almost entirely with Long Island players, was interested in her.

“For upstate girls, no one really considers Stony Brook as an option,” she said. “To be called by him was such an honor.”

The lows of a lost sophomore season and summer: “It was definitely a worry for all the 2022s. We’ve been playing club lacrosse for years,” she said. “For Covid to hit and not to have a school season, and then not to have a summer season, which is more important for recruiting, it was like, ‘Whoa.’ You want that highlight film out. Film is very important. But we didn’t have that.”

The plan: Tortora is a machine in the weight room, a work ethic installed by her father/trainer, Derek. She put together an updated video of her grunt work in the gym, spliced together with a few lacrosse highlights.

She sent it out to several college coaches, and Spallina, who had never seen her play in person, was sold.

“My dad trained me. I grew up in a gym. I really took it seriously as soon as I could,” she said. “I kept taking my workouts to the next level. I feel like a lot of kids took quarantine as a break. I did two-a-days instead of one-a-days. I worked way too hard all my life to let this slip away.

“Covid was one of those things where it was a learning experience for everyone. We didn’t know what the next day was going to bring. I’ve been training for this since sixth grade. I feel like this was my goal for so long.”

The college runner up: Loyola. SU had been her dream destination from early on and she also knew head coach Gary Gait from attending one of his camps.

The lows of a lost sophomore season and summer: “Yeah, I was worried,” she said. “I didn’t know if that was going to limit any opportunities I potentially could have gotten. I was a little stressed. Knowing that the spring and the summer were canceled for camps, I knew I was going to miss playing.”

The plan: Much like the case with Tortora, the gym was Britton’s alternate route to success. Her family owns Britton Athletics in East Syracuse, so even with shutdowns she had full access to workout facilities.

Britton’s dad, Pat, who is also her coach at CBA, helped her put together a video of her lifting weights and also running through a regiment of stick work and dodging skills. That update, combined with the calling card she left with coaches while playing on the national U-15 select team last fall, was enough to maintain a strong market for her skills.

“Whatever happens, you always have to have that next plan to go to,” she said. “Never give up. You have to be the one to push yourself if you want to play Division I, or whatever division. I knew I was going to end up where I wanted no matter what.”

Legendary J-E X-country coach was done with job, so he stepped aside for ‘kid’ who needs it

Lindsay Kramer is a reporter for the Syracuse Post-Standard and syracuse.com. Got a comment or idea for a story? He can be reached via email at [email protected]