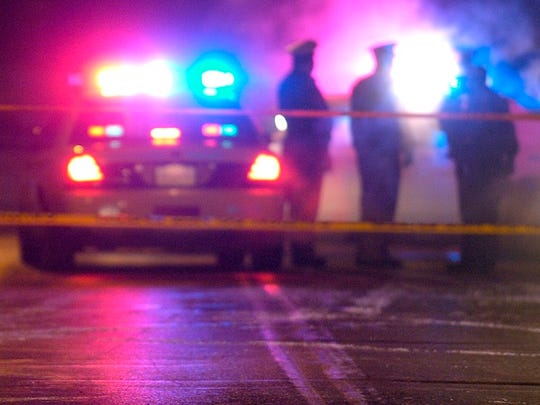 Airbnb announced Monday it will sue the man who booked a Cincinnati apartment where a handyman was shot Aug. 16 trying to break up a party.

Stephen Knight, 31, was assaulted then shot in the 1300 block of Broadway Street in Cincinnati’s Pendleton neighborhood, highlighting a widespread problem with Airbnb rentals being used for parties against the company’s COVID-19 policy.

“The company notified the guest Friday of its intent to bring legal action, alleging negligence, violation of Airbnb’s Community Standards, and that the guest booked the listing under false pretenses,” the company said in a statement. “Airbnb has removed the guest from the platform.”

The suit has not yet been filed and Airbnb did not name the renter. According to Airbnb’s terms of service, a lawsuit cannot be filed immediately against a renter. People must be given 30 days notice.

Ken Knight, Stephen Knight’s father, said the last week has been a difficult one. His son remains hospitalized, the bullet still in his back because it’s so close to his spine removing it would risk paralyzing him.

“He’s in a lot of pain and discomfort,” Ken Knight said. “He’s not going to be able to go back to work for a while.”

During the argument with tenants Stephen Knight called his father.

“Fathers do not expect to get a call from their son saying I have been beaten up and shot,” Ken Knight said. “’I was like, ‘What?’ Then he said the police just got here. It dawned on me it was not a joke.”

Ken Knight said his son has three broken vertebrae and two broken ribs. He said there were many people around when the attack happened and someone needs to tell the police who is responsible.

Eric Haberthier leads the Greater Cincinnati Owners Airbnb Association. He said unauthorized parties are happening frequently in the city and owners are pleading with Airbnb and the police for more help.

Chris Hikel owns the Airbnb where the shooting took place. He said he met with Airbnb executives Wednesday, during which he explained the issue owners faced.

“I think it’s important that these people face legal consequences for their actions,” Hikel said. “I hope the police department considers looking at the criminal side of this.”

This action by Airbnb is the second time this month the company has said it will sue someone who rented a property for an unauthorized party.

Last week, Airbnb announced it would pursue legal action against a person in the Sacramento area who booked a rental for an alleged party where three people were shot, Airbnb officials said.

Airbnb had banned house parties in November and due to COVID-19 further restricted the number of people allowed at rentals. It also removed the ability to search for rentals scheduled for “events.”

“Airbnb has no tolerance for unauthorized parties, which are expressly banned in its community standards,” the company said.

[ The Enquirer is dedicated to local journalism. We can’t do this work without your support. Please consider a digital subscription to Cincinnati.com. ]