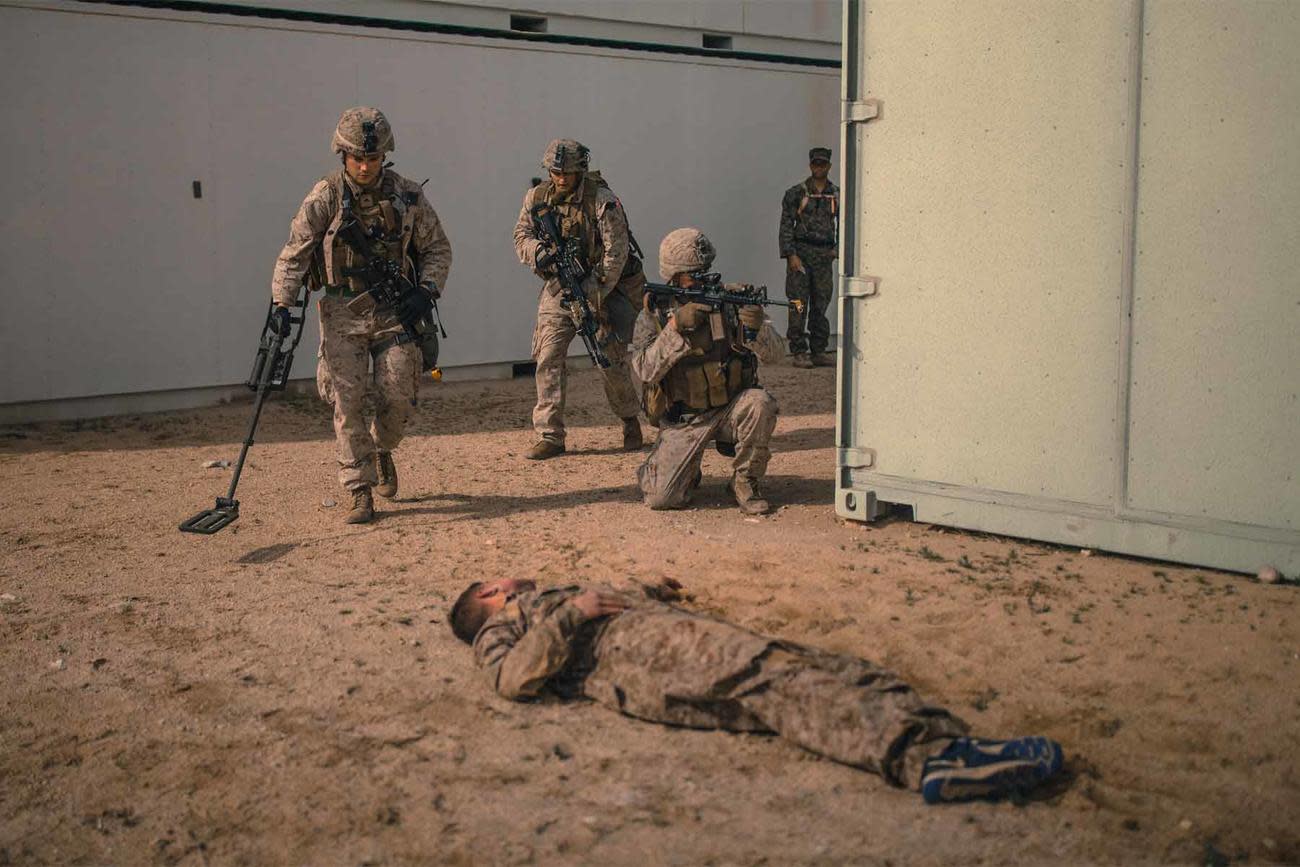 The new head of Marine Corps Training and Education Command said Wednesday that he is a new believer in the renewed push to require force-on-force training to prepare combat units for the future battlefield.

Lt. Gen. Lewis Craparotta told an audience at Modern Day Marine 2020 that the service will make significant investments in force-on-force training over the next several years to ensure that units take away valuable training lessons.

The shift from scripted training scenarios to force-on-force, freestyle training began in 2018 when then-Lt. Gen. David Berger was head of Marine Corps Combat Development Command. Berger has since been promoted to a fourth star as commandant of the Marine Corps.

Under Berger’s guidance, the Marine Corps Air Ground Combat Center at 29 Palms, California, developed realistic combat scenarios in which units go against each in a complex battlefield setting to prepare them to face adversaries such as China.

“I think what we have found out now at 29 Palms … is the value of force-on-force really makes it impossible not to conduct,” he said Wednesday. “When you can put two thinking enemies against each other in all five domains out there on the desert floor; when you have to react to each other, there is no better opportunity and it gets to how we train and how we educate our Marines to make on-the-spot decisions very quickly.”

After engagements with OPFOR units, visiting Army units will go through formal after-action reviews (AAR), during which all leaders and soldiers watch video footage of their maneuver and are critiqued by observer controllers.

Craparotta said the Marine Corps will invest in similar technology to help units take away lessons-learned from these training engagements. The Corps plans to invest about $160 million over the five-year Future Years Defense Plan (FYDP) to fund improvements to force-on-force training, as well as range modernization and live virtual training, he said.

“I think what we are going to do now is take that force-on-force training and figure out the best way to get systems that will help us track, assess and then AAR that training, so we can really capture the lessons learned and really advanced the learning that can occur out there,” Craparotta said.

“We have significant investments that will occur in what we call the Marine Corps Training Environment that really begins in 2022 and goes out across the FYDP,” he added. “For me coming in, I think the most important reason for transforming and reinvigorating training and education is combat readiness, and that is preparing the force for peer conflict.”

— Matthew Cox can be reached at [email protected]

Related: New Force-on-Force ‘Free-Play’ Training Will Teach Marines to Think on Their Feet