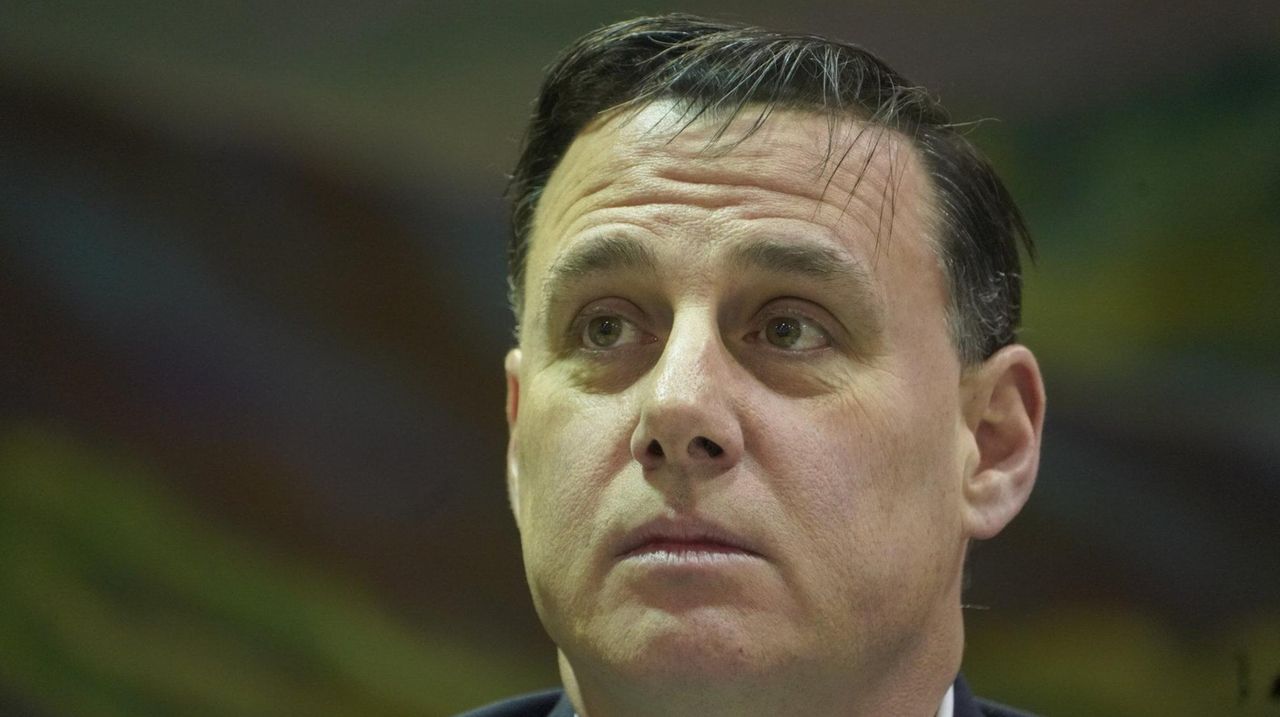 After suffering a wave of losses in New York in 2018, Republicans are trying to regain seats by campaigning on statewide themes.

Republicans are trying to tie Democratic candidates to Gov. Andrew M. Cuomo’s controversial policies on nursing homes and the pandemic. In some districts, they’re focusing on Cuomo’s business restrictions. Additionally, they’re looking to score points on recent crime spikes and a new law that eliminated bail for most misdemeanors.

The themes are more often used by Republicans challengers taking on Democratic incumbents or competing for an open seat, rather than by GOP incumbents who are running on their records.

For Republicans, it’s a way to push local issues in a state where Republican President Donald Trump is trailing Democrat Joe Biden — and maybe get some Biden supporters to vote GOP on down-ballot races.

“The number one issue that seems to be resonating right now is public safety and that is concerned with the COVID-19 crisis and business closures and that segues into nursing homes,” said Assemb. Anthony Palumbo (R-New Suffolk). He is running for an open Senate district based at the eastern end of Suffolk County against Democrat Laura Ahearn.

On Friday, Republicans rolled out endorsements by 23 police unions.

Get the latest breaking news as it happens.

Democrats counter that these are variations on the same issues their opponents have deployed for years — and that fueled huge Democratic wins two years ago. Further, they said Trump is the single-biggest factor looming over all the contests.

“It’s not surprising to see them use the same themes they’ve used for decades and that led to historic losses” in 2018, said Sen. Michael Gianaris (D-Queens), chairman of the Democratic Senate Campaign Committee. “It’s their attempt to scare voters.”

He said Democrats will remind voters of a raft legislative achievements in the last two years, including on abortion rights, climate change, voting rights and tenants’ protections.

In the Assembly, the Democrats long have held overwhelming command; currently, 103-42 with five vacancies.

The pandemic remains the “paramount” concern of most voters, Nassau County Republican Chairman Joe Cairo said. Toward that, GOP candidates are trying to tie Democrats to policies Cuomo alone has controlled: A directive that nursing homes had to accept COVID-19 patients from hospitals early in the pandemic as well as business shutdowns during the pandemic.

Critics say that the directive may have led to more deaths in nursing homes and that the administration still hasn’t given an accurate count of the number of COVID-19 deaths in the facilities. Cuomo initially said he was following guidance from the U.S. Center for Disease Control, but he later reversed the order. His administration issued a report asserting the governor’s directive wasn’t a factor in the deaths.

Democratic state legislators have convened nursing home hearings that put the spotlight on the Cuomo’s directive. It also could have the political impact of separating them from the Democratic governor.

“No one has done more to provide oversight of the nursing home aspect of the coronavirus response than the Senate Democrats and we’ve only just begun,” Gianaris said. “The Senate is the entity that has provided oversight.”

Republicans contend hearings aren’t enough. Cairo said voters “should ask why the Legislature isn’t doing something about it.”

But Democrats pointed out they have the fundraising advantage in Senate contests this election cycle, reversing a decadeslong trend.

As of July, they had $4.6 million in their central campaign committee, dwarfing the GOP’s $616,000. Even Lauder’s money can’t override that, Gianaris said.

“We are going to outspend the Republicans for maybe the first time ever,” he said.