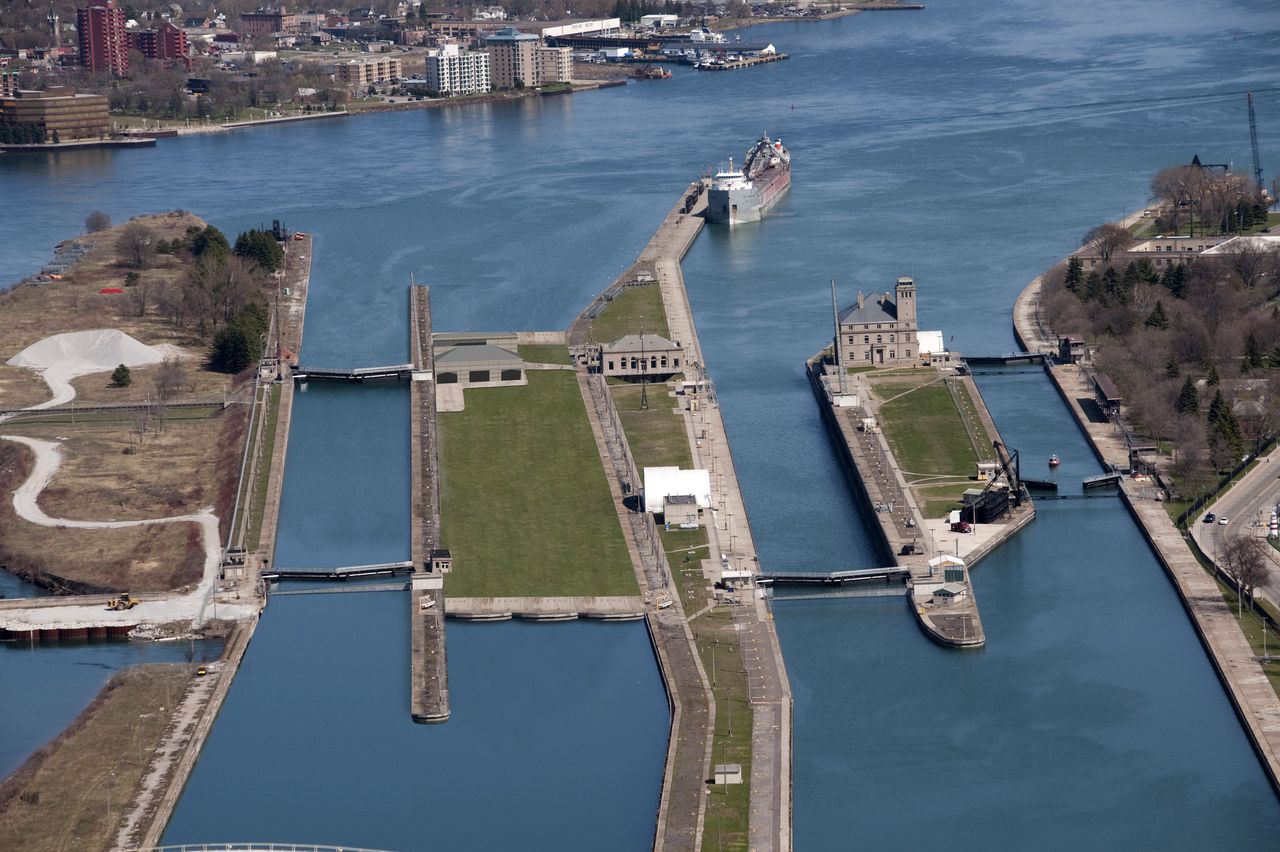 SAULT STE. MARIE, MI – An Ohio contractor has been awarded a $111 million contract to complete phase two of massive, multiyear project to build a new lock at the Soo Locks.

The U.S. Army Corps of Engineers announced Thursday that Kokosing Alberici LLC of Westerville, Ohio will stabilize the existing approach walls, allowing modern vessels to tie up and wait their turn to pass through the new lock. Construction will begin in spring 2021 and take about two years to complete.

“The Corps looks forward to beginning construction on the upstream approach walls next spring, and we continue to work hard to maintain the pace and meet all milestones in bringing our nation’s New Lock at the Soo to fruition,” said Detroit District Commander Lt. Col. Scott Katalenich.

The project’s first phase to deepen the upstream channel began this summer and is expected to be completed by November 2021.

Trade West Construction recently began working round the clock to complete phase one, specifically deepening the eastern area of the decommissioned Sabin Lock’s north channel, so Kokosing Alberici can begin work immediately in that area during the spring 2021 construction season.

“It is so important that we stay on track as work areas for the three phases do overlap and construction needs to be accomplished in a certain order,” said New Lock Project Manager Mollie Mahoney. “Awarding the phase two contract right on schedule sets the clock for phase three work to begin on time in 2022.”

The project’s third phase is the actual construction of the new lock chamber, work that won’t be completed until 2027. Phase three is still in the design process and is expected to be advertised for bid in spring 2021.

More than 75 million tons of cargo and 3,000 cargo vessels pass through the Soo Locks annually, however more than 85 percent of commodity tonnage through the locks is restricted by vessel size to the Poe Lock.

The new lock project will construct a second Poe-sized lock on the existing decommissioned Davis and Sabin locks site.

Owned and operated by the U.S. Army Corps of Engineers, the lock system raises and lowers vessels approximately 21 feet to overcome the difference in elevation between Lake Superior and Lake Huron.

← Camping or hosteling during the pandemic? Here’s how to scout out your best bathroom options.
Showcase of Homes TV dates announced →