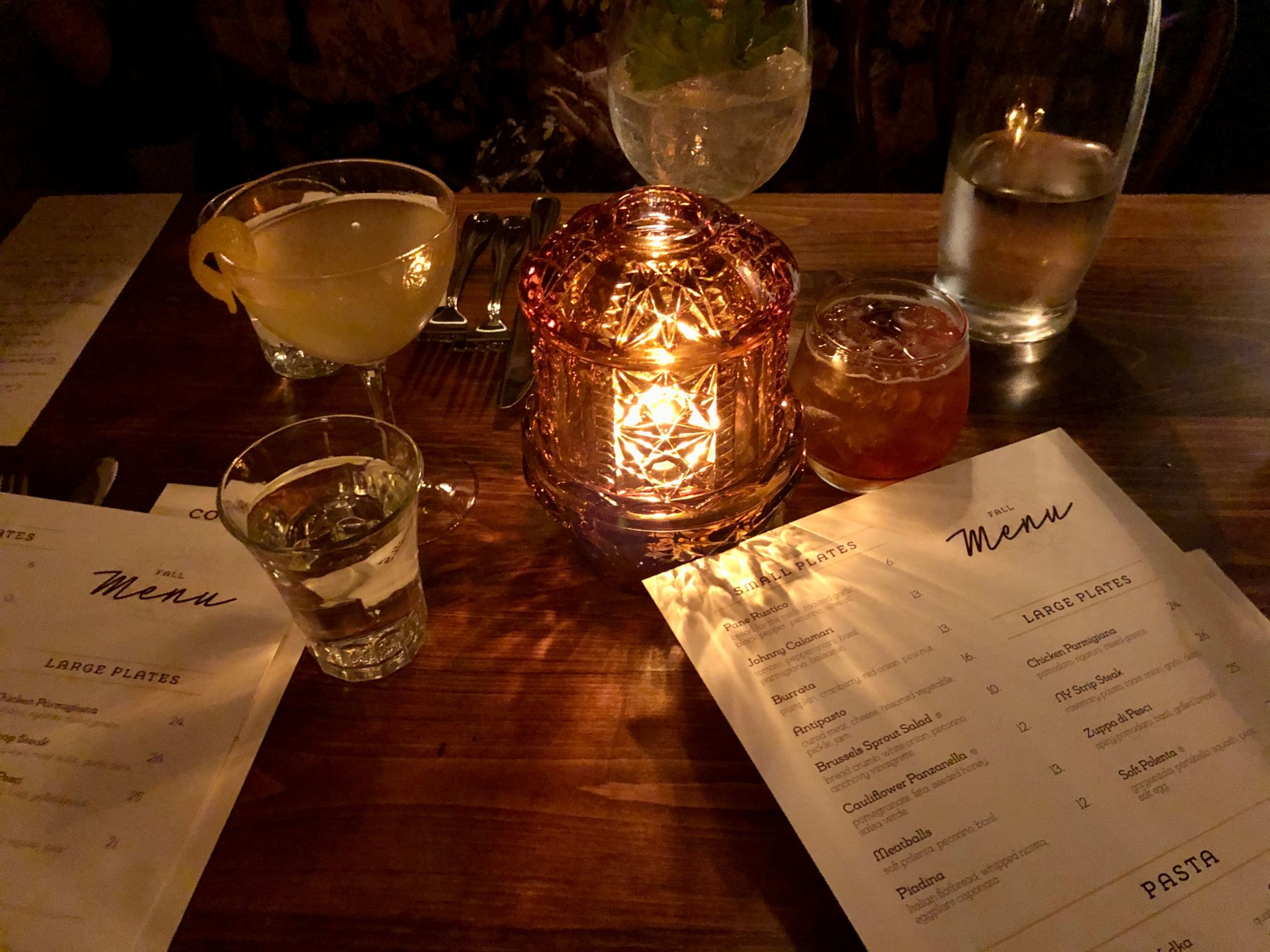 Rosanna’s a winner in Albany

Brianne Baggetta, owner of a direct-mail company and one half of the team behind the pub Dove + Deer in Albany’s Center Square neighborhood, is not known for taking shortcuts. Before COVID-19 was a household name, she used social media to showcase the design process behind renovations at Bongiorno’s, a neighborhood restaurant on the corner of Spring and Dove streets from 1978 until the spring of 2019.

From vintage lights and pink Historic Albany-sourced bathroom tiles to opinions on logo and seating decisions crowd-sourced online, the painstaking, 15-month effort underscores the point. Baggetta and investment partner Tim Dillon lost not one but two operations partners along the way, found themselves hella over budget as the 1840s historic building exposed more than just her charms, and opened amid a pandemic, but it’s a stunning makeover. And the resulting Rosanna’s Italian Kitchen — named after the matriarchal prior owner — keeps a small menu manageable, prices accessible and cocktails charming enough that it won’t be only Center Square pedestrians popping in for a drink.

In fact, if several model-draped photo shoots aren’t enough of a clue, the sight of Ubers out front suggest Baggetta’s instinct for design has paid off. Walk in and it’s hard to recall the former white-cloth Italian spot where Rosanna Bongiorno’s husband, Felix, pressed Italian-flag-themed digestif liqueurs on us after every meal. Baggetta envisioned “beautiful, romantic, sexy, but not too fancy … as if Sophia Loren were the Italian grandmother in the kitchen wearing leopard print.” So now you know.

The result is contemporary-vintage and Sophia-seductive in forest green, buxomly floral House of Hackney wallpaper and sleek, black marble-look tile. Pink-trimmed plates are the originals from the building’s 1930s incarnation as Princess Pat’s Tea Room, a space for ladies to socialize, after the corner structure’s time as the headquarters for the Albany Women’s Suffrage Society and a school run by the Coley sisters before that. Its women-centric history — mined for Rosanna’s by three women historians — is loud and proud on the menu’s reverse, proving women involved with 23 Dove have long been doing it for themselves.

We’re wafted past sidewalk diners and up the stairs, glimpsing the barroom to the left, the downstairs dining room to the right and an upper private dining room on a level we can call Floor 1½. We ascend beneath the sepia-framed gaze of Rosanna’s and Brianne’s grandparents — all Calabrese and, coincidentally, all from coastal Siderno — and under a restored vintage lampshade that Loren would comfortably shake. In spite of pandemic-related floor decals and the sparse arrangement of tables, it’s dimly romantic and cozy. Amber, cut-glass votives refract tinted candlelight, silverware is napkin-swaddled, and a trio of stiff cards — menu, cocktails and Rosanna’s safety practices — mark settings in a color-coordinated flush.

Food is by and large simple, the menu bravely sidestepping eggplant Parm or veal scaloppini (inviting online grumbles from diehard Italian-American lifers) in favor of small plates designed for friends sipping cocktails, housemade pastas for those with appetites and four large plates for those who can’t let go of a restaurant dinner as a main-course event. The involvement of consulting chef Gordon Finn (former chief lieutenant of Michael White’s New York City-based Altamarea Group) deserves quick mention, but the menu is by head chef Rich Torino, formerly of Peck’s Arcade in Troy and The Cuckoo’s Nest in Albany, and it’s his small plates that win.

We fall for the cauliflower, a panzanella of the very loosest sort, daubed in salsa verde, cubed bread in there somewhere, feta juiced up on pomegranate arils and seeded honey that tongues insist on seeking out. There’s a shaved-Brussels-sprout salad mountain shot up in a blaze of white onion, pecorino and anchovy glory, and dangerously good meatballs with heft and spring and a cheesy polenta moat. Those wanting more I-talian will find it in the Parmigiana-topped Johnny Calamari, with balsamic, basil and pepperoncini.

True, you’ll have to fork over $6 for Torino’s rustic peasant bread with roasted garlic and juicy virgin oil, but it’s worth it to sop up the cognac cream that swamps ricotta-filled ravioli alla Rosanna parcels and avoid palate fatigue. There’s hearty beef, pork and veal rigatoni Bolognese with an indescribably weird vinegar tang, and zuppa di pesce generous with mussels and squid but lacking salt or heat in the “spicy” pomodoro sauce. We accept it as an interlude, saving space for pastry chef Kiran Borst’s magical desserts: a sharp wedge of moist olive-oil cake, drowned affogato thoughtfully accompanied by coffee crumb cake, and a pumpkin-cranberry cheesecake that has my guests in glossolalic wails.

Despite the signs of the times (masked service, ventilation from new top-down windows, no loitering by the lav), it’s a joy to get out of the pandemic mindset for a night of cocktails in impeccably matched glass. Take the elegantly etched coupe of a gin and strawberry Rosanna with house-made basil syrup, or the curve of a rocks glass that equally fits an Il Marito (bourbon, Contratto bitters, amaro, maple syrup) in my outstretched hand while Renato Carosone’s vocals shimmy round the room. Lavender-sage syrup lifts a vodka Coley Fresca in a light boozy riff on an agua fresca, and Princess Pat unites limoncello, elderflower and prosecco like a warm night on the Ionian coast.

In a time when bars are off the menu without Cuomo bites, smooth out your pencil skirt and fire up an Uber. The experience at Rosanna’s, with small plates, service and safety, comes close to a pre-pandemic dinner or cocktail night out.