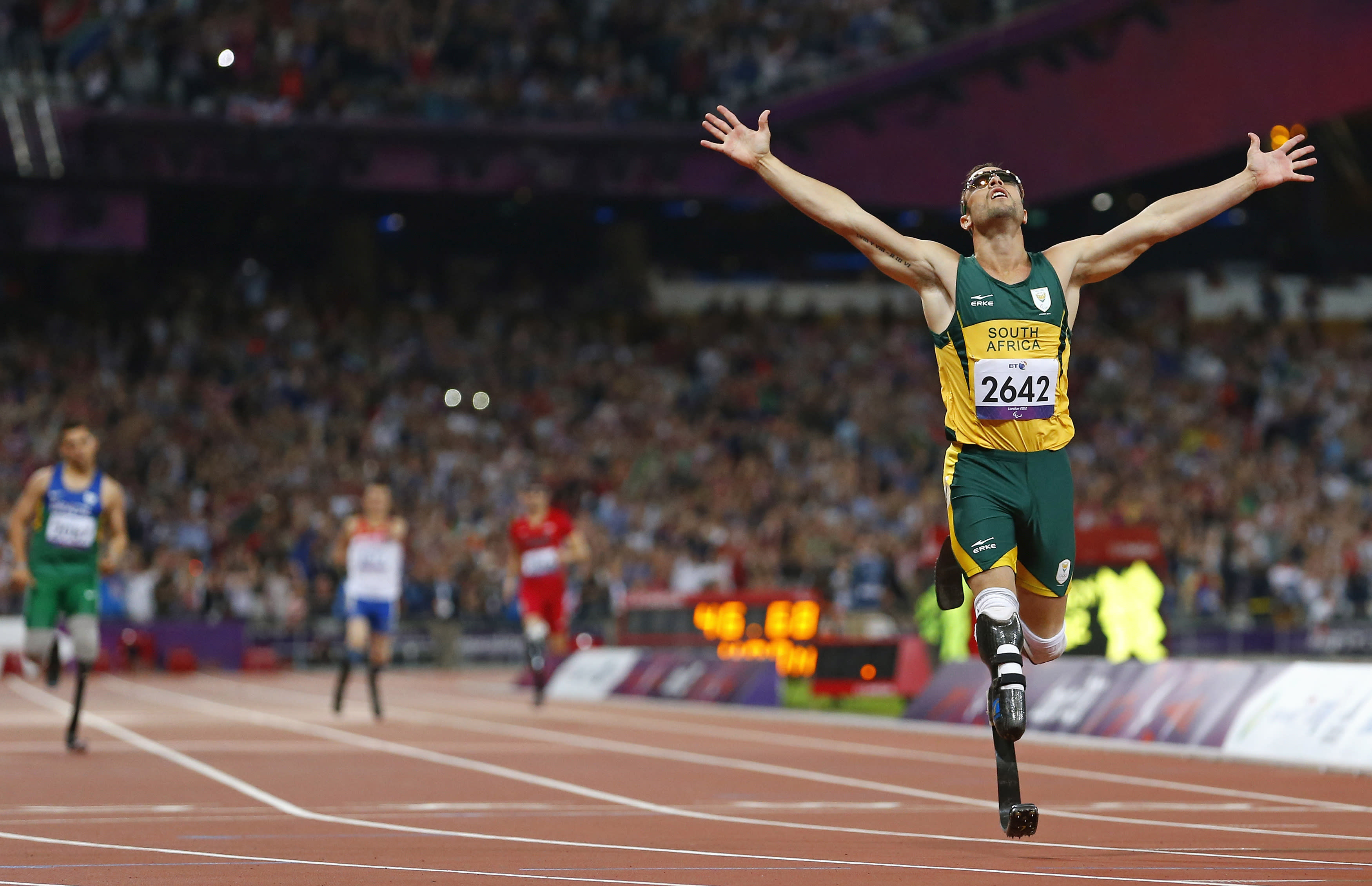 ‘The Life and Times of Oscar Piistorius’

Early in the morning hours of Feb. 14, 2013, Olympian Oscar Pistorius fired multiple shots through the door of the bathroom in his South African home. Curled in the bathroom was his girlfriend, Reeva Steenkamp, who died from the gunshots.

These are the facts, and they are not in dispute.

Beyond that, the tale of Oscar Pistorius was one of sports’ most devastating stories of the last decade, a saga of — as one observer put it — not a whodunit, but a “whydunit.” Found guilty in the death of Steenkamp, Pistorius now sits in a South African prison, one of the steepest falls from grace in sports history.

The Pistorius saga is the focus of a new, long — very long — 30 for 30 documentary that begins airing this weekend on ESPN+. It’s a grim, heavy grind, but it’s also a powerful look at how years, decades, centuries of societal, cultural and familial pressures culminated in one horrifying, tragic moment.

Born in South Africa without crucial bones in his lower legs, Pistorius had his feet amputated before he was even a year old. He transformed himself into a world-class athlete, racing on a series of prosthetics. He eventually settled on a form of curved metal prosthetics that gave birth to his nickname “Blade Runner.”

He would quickly come to dominate paralympics competitions around the world, but he always had his eye on racing against non-disabled athletes. He faced resistance from track & field organizing bodies, and suspicion from other competitors, based on the presumption that his blades somehow gave him an unfair advantage.

But Pistorius triumphed, first in mediations and later on the track. He reached the Olympics in 2012, and while he didn’t medal, the simple fact that he’d gone so far, so fast transformed him into a worldwide icon.

Less than a year later, he was under arrest and his girlfriend was dead.

Over the course of nearly six hours, the documentary traces Pistorius’ astounding rise and stunning fall. But it’s not merely a true-crime procedural. Instead, Pistorius becomes the nexus of personal and historical forces that will be all too familiar to American audiences despite occurring literally on the other side of the planet.

Among the vectors that the documentary covers, all of which led, one way or another, to that night in Pistorius’ Pretoria house and what happened afterward:

Bias against the disabled. Pistorius wasn’t just racing for himself, he was racing for the dignity of all disabled athletes. Several interviewed in the course of the documentary note how they’re praised for their “courage” in competing with a disability … until they start beating non-disabled athletes, at which point they become a threat. Pistorius had to overcome the perception that his blades somehow gave him an advantage — to the extent that one track official actually raised the possibility that athletes might get their legs amputated to give them a better shot at a world record.

Home pressures. Pistorius grew up with a loving mother and a demanding father. But his mother died while he was young, leaving him with only the angry expectations of his father. In that way, Pistorius is not unlike many other world-class athletes growing up under a domineering parent. The question the documentary poses, then, is how much of his later persona stemmed from a rebellion against his father.

South Africa’s racial history. The documentary lays out how the apartheid structure that kept South Africa divided for decades — whites in the ruling class, Blacks in subordinate or subservient roles — led to an unfounded, pervasive sense of distrust and even fear among whites. The persistent fear that white families would be beset by marauding hordes of criminals was, in the documentary’s telling, an essential element of the white South African character … and a fear that several commentators in the documentary say filtered down to Pistorius.

Gun culture. Pistorius grew up with many guns in his home; his mother slept with one next to her bed. Combine that with the persistent sense that danger was always at the door, and it becomes easier to see why Pistorius immediately reached for a gun the moment he believed his home was under attack. Why he fired is another matter.

Overcoming challenges of disability. One particularly powerful segment of the documentary involved Pistorius connecting with an Icelandic family whose young child lost his own feet to amputation. In this telling, Pistorius knew the challenges of living as a double amputee, and reached out to others like him.

The 2012 Olympics. Pistorius was the first double-leg amputee to compete in the Olympic Games. That alone makes him a worthy documentary subject; the strength and courage and tenacity necessary to reach that pinnacle are astounding. He reached the semifinals, and along with Usain Bolt, was one of the most powerful and heartwarming stories of the 2012 Games. But Pistorius struggled in the subsequent Paralympic Games, darkly hinting that a competitor who beat him was cheating.

Celebrity. Pistorius became one of the most famous athletes on the planet during the 2012 Games, and friends said he became more arrogant and distant the more he hung out with fellow big names and wealthy playboy types.

Forensics. An entire forensics team reconstructed the entire crime scene, breaking down everything from the sound of the fans in Pistorius’ bedroom to the noise of a window creaking open in the bathroom to Pistorius’ ability to move around on his stumps, without prosthetics.

Domestic violence. South Africa, in the documentary’s telling, is a nation beset with violence against women. Police early in the Pistorius case raised the specter of previous possible domestic violence incidents involving Pistorius. Critics in the documentary accused the police of muddying the waters and prejudicing the public against Pistorius by bringing up those allegations.

Courtroom procedures. Pistorius’ testimony, where he sobs his way — off camera — through a retelling of the story is wrenching. But beyond that, he had to navigate two different sets of explanations for his actions — either he unintentionally acted unlawfully in firing through the door, or he acted unknowingly in firing the gun. Those are two very different circumstances, leading to two very different potential outcomes.

Individually, each one of these elements would make for an interesting story. Together, they combine to form an epic, sweeping, damning look at a powerfully motivated, deeply troubled individual.

Pistorius, who did not participate in the documentary, now sits in prison in Pretoria, initially found guilty of culpable homicide — the equivalent of manslaughter — after a 42-day trial. A higher court later found Pistorius guilty of murder, and in 2017 he was sentenced to 13 years and six months. The documentary doesn’t provide any definitive answers, but instead gives room for a range of opinions on Pistorius’ true responsibility.

In an appropriately agonizing punishment for someone who lived his entire life searching for the fastest way to reach a finish line, there is no date yet set for Pistorius’ release.

“The Life and Times of Oscar Pistorius” begins screening Sept. 27 on ESPN+.