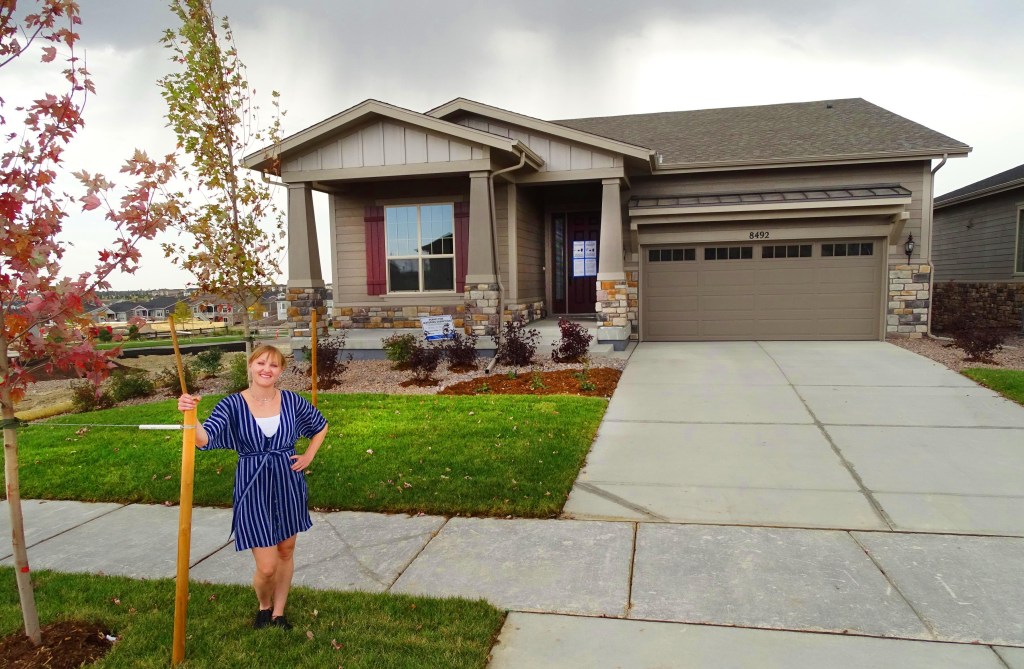 Anybody wondering whether this is the moment to sell that 40-year-old house they’ve lived in for decades, faces the same question: ‘Where do we go next?’ Today, just north of Parker, you can come to see an appealing answer, one that could have you out of the old place, into a new ranch in a hurry—may be for less money than you’d be making on the resale.

At Inspiration, Toll Brothers’ age-55-plus master-planned community a mile south of E-470 on Gartrell Road, you can tour two new ranches that are ready now, one with more than 1,700 finished square feet, the other with almost 1,900 feet. Both come with day-lit garden-level basements. One is $595,000; the other $599,995.

To put that in perspective, they’re each priced less than the average price of a resale home in the Denver metro area last month ($606,330). That’s at a moment when mortgage lenders are advertising fixed-rate loans that have 2s in front of them.

Meanwhile, Inspiration is seeing loads of traffic now, according to Toll Brothers’ Tanya Miller, who will show you six model homes from the $460s, and those two ready-and-waiting ranches.

But Miller says time isn’t on the side of waiting. Around 50% of sales at Inspiration now are going to an unprecedented number of out-of-state buyers; lots of them from California, picking this moment to make a move close to their Colorado kids and grandkids. When I visited Inspiration Tuesday, two such parties were looking around—one of them a younger couple already living in the non-age-55-plus part of Inspiration, shopping for their mom looking to move here from Nebraska.

Just as the locals do, the out-of-state purchasers can pick from a small selection of ranches ready soon (including one for January delivery, backing to open space, priced at $582,958). Or they can choose to pick out a plan from Toll Brothers’ three collections and have a home built for late spring/summer 2021 delivery. Toll Brothers has a national sales event going on that could mean a saving on one of those new starts.

Either way, you can see Inspiration’s Hilltop Club, with a big range of events and activities, including the pool and hot tub with their deck views of the mountains where residents get a calendar of community events arranged by a lifestyle director; along with other neighborhood parks and ten miles of trails.

Take E-470 to Gartrell Road and turn south one mile.

The news and editorial staffs of The Denver Post had no role in this post’s preparation.

← These Upper East Side Bathrooms Are Open Despite The Pandemic
Christina Anstead Tries a Totally New Kitchen Design: Will It Catch On? →