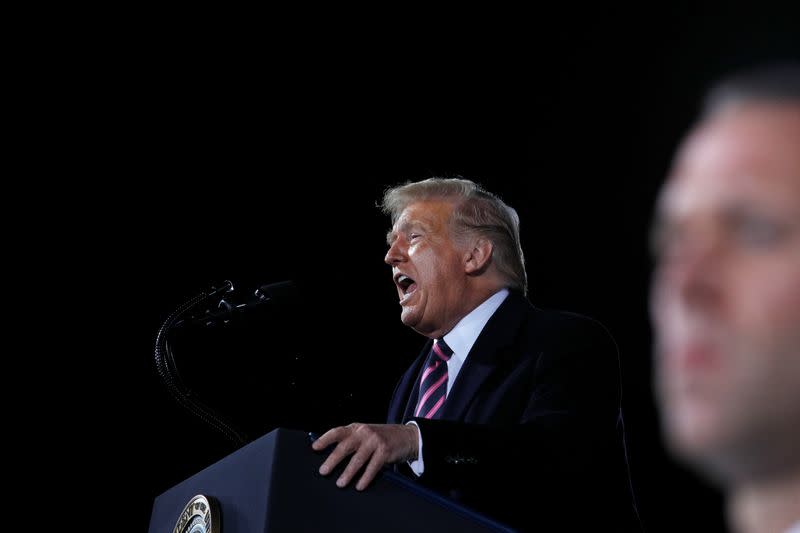 WASHINGTON (Reuters) – President Donald Trump issued an executive order on Tuesday that he said would ban the military, government contractors and federal grantees from some diversity training.

The lengthy order says it forbids “divisive concepts,” including teaching that the United States is “fundamentally racist or sexist” or that any individual bears “responsibility for actions committed in the past by other members of the same race or sex.” It says military members will not face any penalty for refusing to support or believe these concepts.

“Americans should be taught to take PRIDE in our Great Country, and if you don’t, there’s nothing in it for you!” Trump said on Twitter as the order was issued.

The order comes amid a reexamination of racism in the United States in recent months, after police killings of Black Americans including George Floyd, who died on May 25 in Minneapolis.

Many U.S. companies have issued statements of solidarity with the Black community, promised to increase diversity among employees, and collectively pledged nearly $2 billion to advance racial justice and equity.

On Sept. 4, the White House Office of Management and Budget issued a memo https://www.whitehouse.gov/wp-content/uploads/2020/09/M-20-34.pdf that preceded Tuesday’s order, saying that federal agencies could no longer use taxpayer dollars to fund “un-American propaganda sessions” that provided instruction about critical race theory, white privilege or that “taught that the United States is an inherently racist or evil” country.

← Former top official with HISD accused of taking kickbacks from contractor, according to court records
How to Move to the Country With a USDA Mortgage →