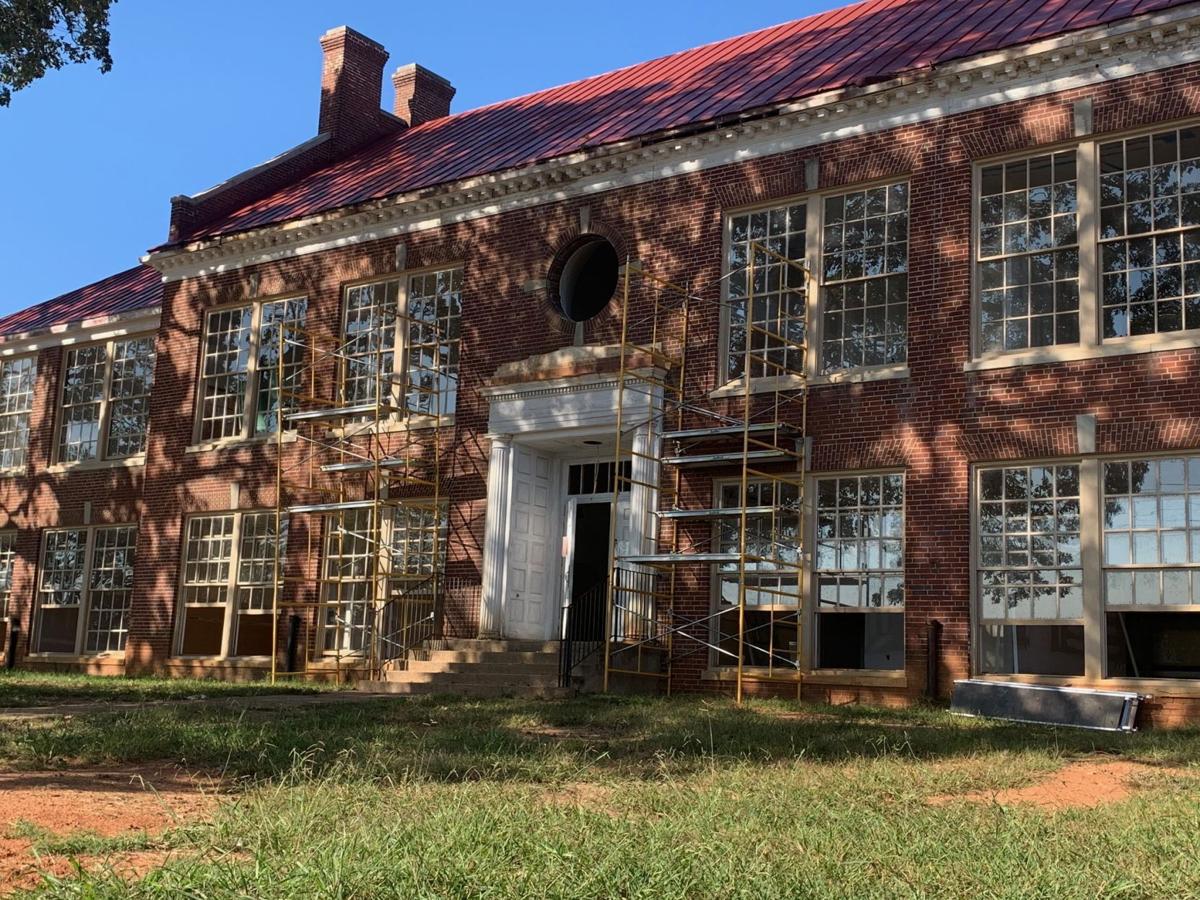 Scaffolding for crews working on the renovation of the former Phelps Road school into new apartments, pictured on Sept. 22 in Madison Heights. 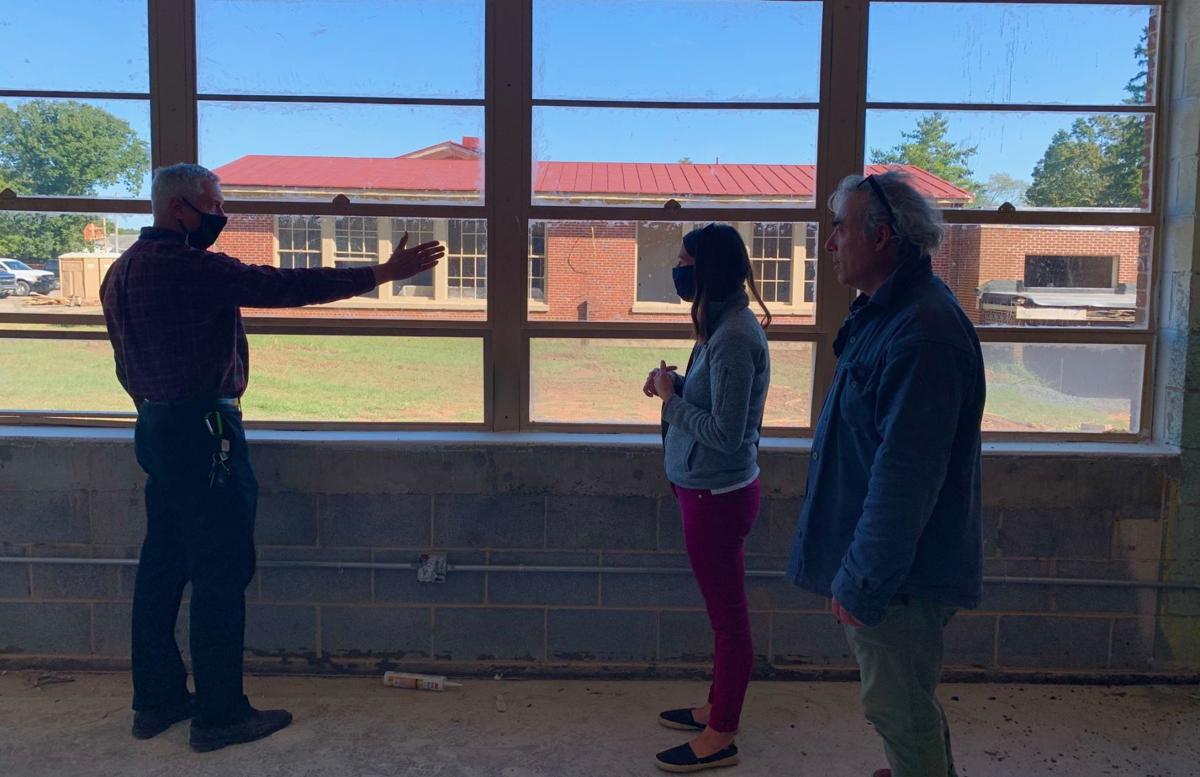 Amherst County Administrator Dean Rodgers, left, speaks with Emily Sanfratella, center, and Dave McCormack of Waukeshaw Development, Inc. during a tour of apartments the company is renovating on Phelps Road in Madison Heights. 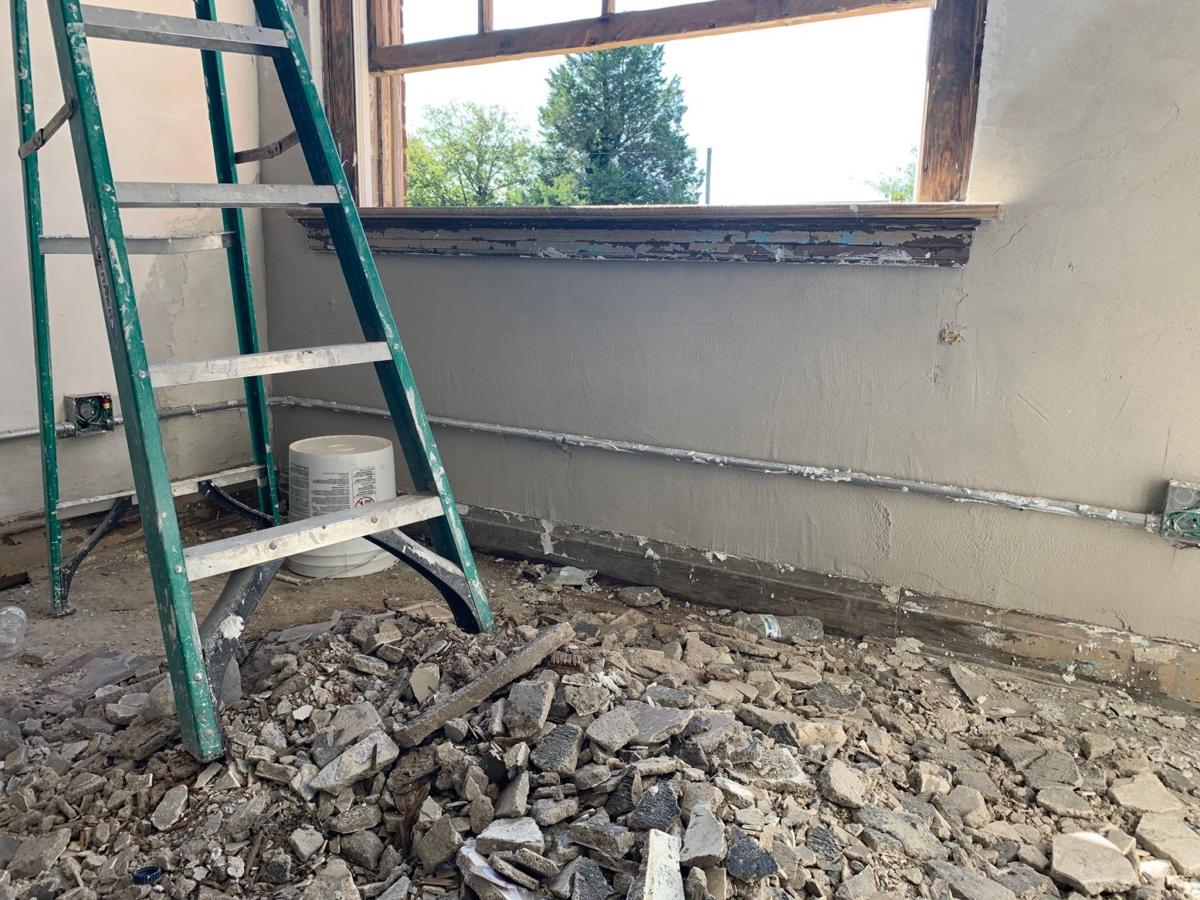 An apartment under renovation in a room of the former school building on Phelps Road in Madison Heights. 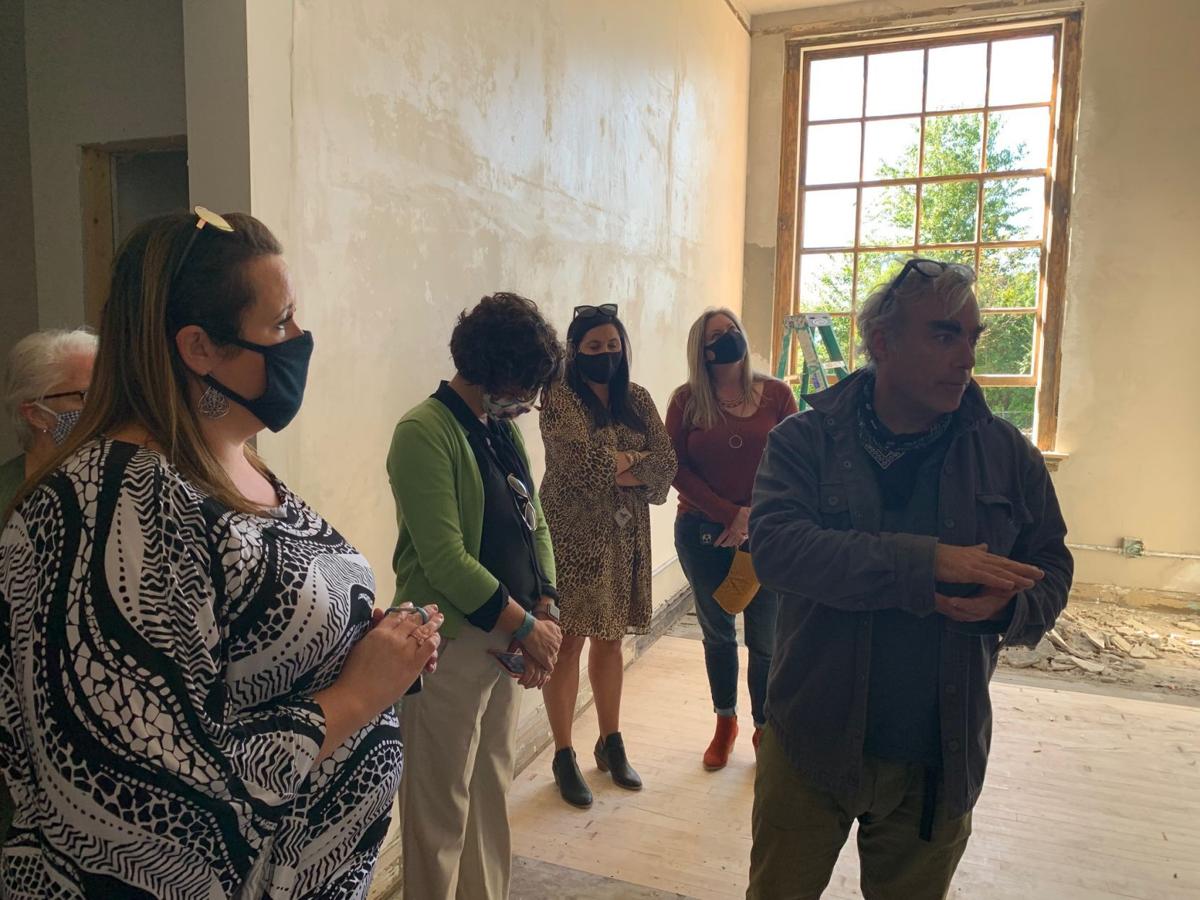 Amherst County Board of Supervisors Vice Chair Jennifer Moore, left, listens to Dave McCormack, right, as he leads a tour through the building his company is having renovated into new apartments in Madison Heights, during a Sept. 22 tour.

In the next two to three months, 41 apartments undergoing restoration work in a former school on Phelps Road in Madison Heights are expected to become livable spaces, according to the project’s developer.

Dave McCormack, who heads Waukeshaw Development, Inc., said during a tour of the 41,000-square-foot, 2.82-acre site the market-rate apartments will be called “The Westie.” Marketing the units is planned to begin in the next two months, he said during the walkthrough Sept. 22, which included several Amherst County officials and representatives of the Amherst business community.

“We are getting really close to the end,” McCormack said of the renovation, which has moved to the sheetrock and painting phase.

The former school, which last operated as Seminole Elementary School before closing nearly 30 years ago, is a national historic landmark. McCormack’s company, which specializes in historic preservation of buildings, closely follows federal standards in keeping the building intact as much as possible, he said.

“We’re keeping the old chalkboards as much as we possibly can,” McCormack said.

The site is next to an open field slated to become a new dog park called Central Bark, in which Waukeshaw Development is investing. The Amherst County Board of Supervisors recently approved a restroom facility there, along with several other county parks, with federal Coronavirus Aid, Relief and Economic Stability (CARES) Act money.